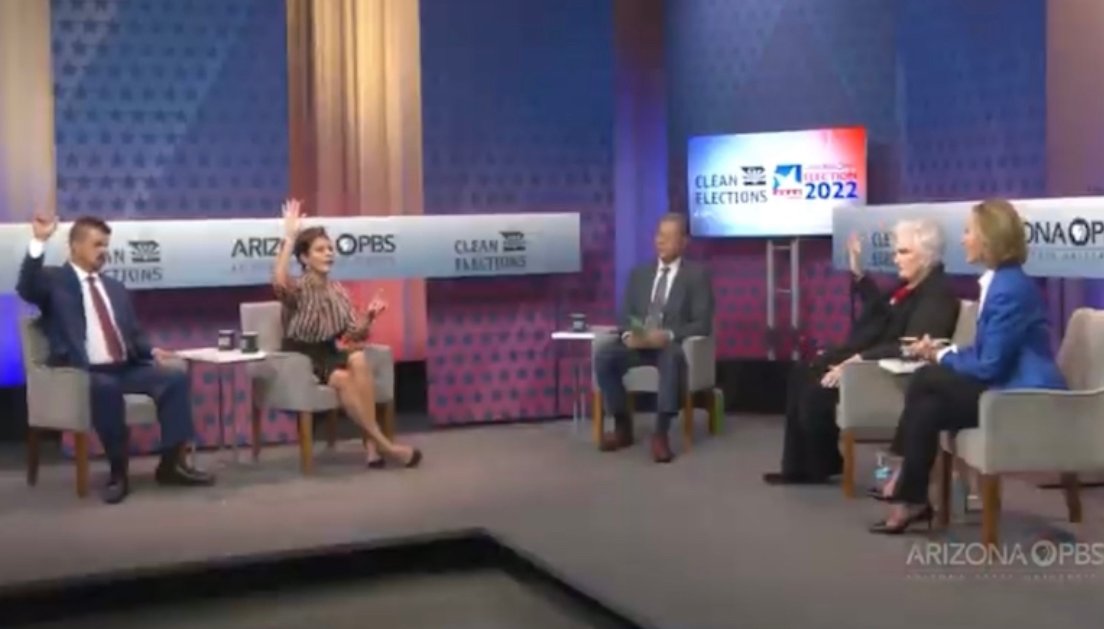 Trump-Endorsed Arizona Gubernatorial Candidate Kari Lake torched her RINO Karrin Taylor Robson and her 2020 election stance at the Arizona Gubernatorial Primary debate on Wednesday night.  Lake never fails to call out the illegitimate Joe Biden Regime and the many troubles that Americans and Arizonans now face. The Gateway Pundit reported on the live-streamed debate, hosted…

Kari asks candidates to raise their hands if they believe the election was stolen, but Karrin Taylor Robson abstains.

Lake never fails to call out the illegitimate Joe Biden Regime and the many troubles that Americans and Arizonans now face.

When Simmons asked Kari Lake about the Rigged 2020 Presidential Election, she asked every member of the debate to raise their hands if they believe the 2020 Election was stolen. RINO Karrin Taylor Robson was the only candidate who did not raise her hand but instead accused Lake of playing a “stunt.”

It’s no stunt. Arizona knows that the 2020 Election was rigged and stolen from President Trump, and Kari Lake is the only candidate who has vowed to get to the bottom of it. The Gateway Pundit has reported extensively on the Stolen Election in Arizona, the Arizona audit, and True the Vote’s “2000 Mules” documentary, all of which proved massive voter fraud. Yet,  Karrin Taylor Robson still refuses to acknowledge it. President Trump has even said that Karrin Taylor Robson is a “weak RINO.”

Lake: He lost the election and he shouldn’t be in the White House. We had a corrupt election. I’d actually like to ask everybody on the stage if they would agree, we had a corrupt stolen election. Raise your hand.

Simmons: Everyone raising their hands, I want to know why you think that the election was rigged, stolen, or whatever the phrase might be.

Lake: It was corrupt and stolen. I’ve looked at the evidence, we did a forensic audit.

Robson: Then turn it in, you should turn it.

Lake: I know you don’t believe that our election was stolen, Karrin.

Robson: I believe our election was absolutely not fair.

Lake recently announced that she earned the endorsement of “2000 Mules” director Dinesh D’Souza for her leadership in America’s fight for free and fair elections.

ENDORSEMENT: @DineshDSouza is one of the great Patriots of our time. I am so honored to have his support!

From Dinesh: “We must restore faith in America’s elections. Kari Lake has been leading that fight as a candidate and she will continue that fight as Governor!” pic.twitter.com/EQuOr61eA4

This is why President Trump has endorsed her numerous times and said, “Kari Lake will be the greatest Governor in our Country’s history.” 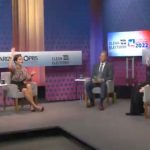