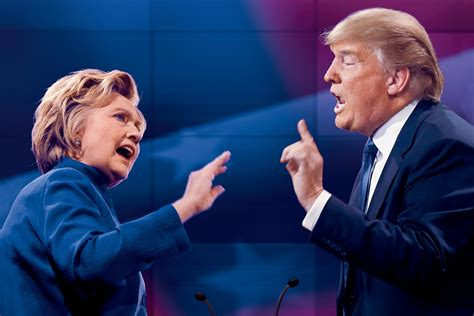 When it comes to attention span, America is like a three year old child. Public attention focused initially on the “BIG” story of Friday–i.e., the release of the affidavit filed with a Florida judge to justify the raid on Donald Trump’s Mar A Lago residence. But the document was unreadable because huge swaths of text…

The post The Lawless FBI–A Threat to America’s Democracy appeared first on The Gateway Pundit.

When it comes to attention span, America is like a three year old child. Public attention focused initially on the “BIG” story of Friday–i.e., the release of the affidavit filed with a Florida judge to justify the raid on Donald Trump’s Mar A Lago residence. But the document was unreadable because huge swaths of text were blacked out. Got to protect sources and methods, don’t you know. Public interest faded.

But don’t worry. A new squirrel emerged to attract public attention–Fed Chairman Powell announced an interest rate hike and Wall Street reacted by jumping off the roof–the stock market plunged over 1000 points. Talk about a downer, literally and figuratively.

There is a serious story here, however, that merits the attention of Americans and, frankly, the rest of the world. It is the corruption of the FBI. The FBI is behaving like the East German Stasi or the old Soviet Union’s KGB. They are now behaving as political police dedicated to protecting the Democrats and punishing anyone who dares support Donald Trump. The FBI’s attempt to smear and discredit Donald Trump stands in sharp contrast to its treatment of Hillary Clinton.

Here are the facts. Donald Trump was the ultimate authority to classify and declassify intelligence when he was President. He declassified the documents in his possession at Mar A Lago before leaving office. That means that even if a document stored at his Florida residence is stamped TOP SECRET or GAMMA or TALENT KEYHOLE, it is no longer classified. There is no grey area here. Trump had the ultimate authority to declassify anything while he was President, including information pertaining to nuclear weapons and intelligence buried in Special Access Programs aka SAPs.

My understanding is that he has CIA/FBI SAPs that detail the 2016 plot to portray him as a toady of Vladimir Putin and the Kremlin. Too bad for the CIA and FBI. Trump had the full legal authority to declassify that intelligence product. The CIA and FBI are frantic to protect the identities of the British , Australian and Italian intelligence personnel who helped plant evidence to frame people working for Trump. That is one of the motives behind the decision to raid Trump’s Florida residence and try to keep that information from the public.

Hillary Clinton is an un-indicted criminal in my view. When she was Secretary of State under Obama, she removed classified material, stored it on a personal server and then subsequently obstructed justice by ordering the destruction of a subpoenaed hard drive that contained the evidence of her crimes. James Comey admitted that Hillary had TOP SECRET SAP material on an unclassified drive. But Comey lied when he insisted he could not prove that this was a deliberate act. NONSENSE!

TOP SECRET material available to the Secretary of State (Clinton’s role at the time) sits on a TOP SECRET server. That server has no connection to SECRET or UNCLASSIFIED computers. To put a TOP SECRET document on an unclassified computer you must either print the document from the TS server and then scan it into the unclass or you must copy it to a thumb drive and then physically transfer it to the unclass system. You cannot do this accidentally. It is a purposeful, deliberate act. PERIOD. No grey area.

I wrote about this a few years back. There were even whistleblowers who went to the FBI to report Hillary’s illegal activity.

One year before Jim Comey was immersed in his plot to overthrow Donald Trump, the duly elected President of the United States, a brave Foreign Service Officer at the U.S. Department of State came forward with firsthand information of Hillary Clinton’s rampant abuse of Classified material. The man, a senior State Department diplomat who had served as the acting Ambassador (Chargé d’Affaires) in the Asia Pacific region under President Clinton, also was a veteran of the U.S. Army during the Vietnam War.

The FBI’s conduct and actions towards Donald Trump versus how they treated Hillary Clinton show gross bias and lawlessness. There was a meeting at DOJ headquarters in June of 2016 that was attended by a small number of DOJ and FBI officials. The attendees included FBI Director Jim Comey, DOJ’s Rod Rosenstein and FBI Special Agent Tim Thibault. It was at that meeting that Comey shut down the investigation of Hillary Clinton’s server. He did not want to hurt her Presidential campaign. There is documented evidence of this meeting and the actions taken that currently are in the hands of a judge. In short, rather than follow the law and apply it regardless of the political or socio-economic status of the accused person–Clinton in this case–the FBI and DOJ put their thumb on the scale of justice and did Hillary a favor.

In contrast to the kid glove treatment of Clinton, the FBI and DOJ continue to try to manufacture a crime in order to keep Trump from running for President. It is that simple.

The post The Lawless FBI–A Threat to America’s Democracy appeared first on The Gateway Pundit. 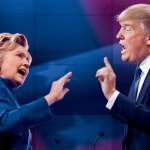 Go to Source
Author: Larry Johnson
Related Topics:
Up Next

John Solomon: Former FBI Members say The Affidavit Did not Meet the Standards for a Search Warrant