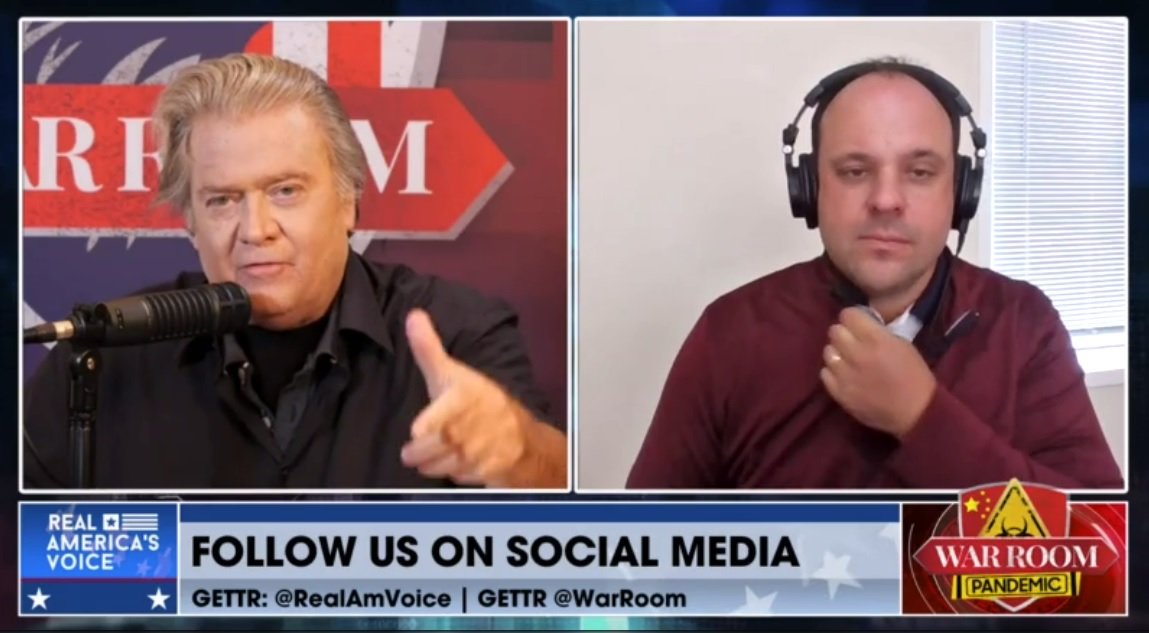 This interview with Boris Epshteyn on Steve Bannon’s War Room was outstanding.  This may have been the best segment to date on the War Room.  Listen and watch the full interview about the DOJ’s disaster in redacting the warrant with a Clinton appointed judge that was released on Friday nearly fully redacted.  Americans are…

The post “This Is a Contrived Frankenstein of a Political Weaponization of Law Enforcement” – The Best Bannon Interview on War Room to Date appeared first on The Gateway Pundit.

This interview with Boris Epshteyn on Steve Bannon’s War Room was outstanding.  This may have been the best segment to date on the War Room.

Listen and watch the full interview about the DOJ’s disaster in redacting the warrant with a Clinton appointed judge that was released on Friday nearly fully redacted.  Americans are fed up with this garbage.

Here are some points from the below video:

Bannon – If you had come to us a week ago and said look, we really want to make these guys [Biden’s corrupt Deep State DOJ and FBI] look like fools, that’s the redaction we would have put out.  It’s like I don’t even know why the magistrate even put this thing out…This is a humiliating embarassment for the Department of Justice.

Epshteyn – They redacted the motion to redact…They wouldn’t even let the American people know why they were asking for the redaction…President Trump had full compliance with the applicable act…President Trump was in full cooperation with all applicable authorities…You’d better bet that everything that is redacted is not helpful to the DOJ…What the DOJ laid bare today is that they have absolutely no leg to stand on and they knew it when making this affidavit…This is a contrived Frankenstein of a political weaponization of law enforcement, the kind that we’ve never seen in this country before.  They tried to go in an break into the President’s home and get away with it and they are failing miserably.

Bannon – Those redactions are a black mark on the Justice Department.

Epshteyn – There motion to redact was redacted.

Bannon – The War Room posse… were so furious on the day of the 8th…I’ve been calling it a ransacking but I think it was a defilement…I gotta tell ya, I think they [the posse] have gone up in terms of anger and just disgust ten levels about this charade today…It’s obviously a massive coverup that’s going to dwarf Watergate. It’s going to dwarf Watergate.  Because now you have a national security state that’s turned itself not only on the American people, but a President of the United States…We are rapidly going into banana republic territory.

Epshteyn – We have gotten a manipulation of the justice system…All they had to do was ask.  We’re talking about the Presidential records act which as literally no enforcement mechanism.  And the parts you can see in the affidavit make it crystal clear that they tried to take the PRA (the Presidential Records Act) and bolt onto it an enforcement mechanism which simply is impossible in our legal justice system…When they raided iconic Mar-a-Lago they knew it.  They knew they didn’t have a leg to stand on.  That’s why they asked for the security cameras to be turned off.  That’s why they made the lawyers remain outside and they tried to do this in a hush, hush way just like a break in.

Bannon – This Justice Department is so corrupt.  We have never seen anything like this…This is a pre-coup and what they want to do is show MAGA that they’re in charge…We’re [the Deep State DOJ says we are] gonna play by their rules and that rule is not the rule of law…

Bannon – Why did you [DOJ] take his diplomatic passport?  Why did you go into other areas that had nothing to do with documents? Answer the questions.  He’s the President of the United States…By taking the passport it shows that you’re on a fishing expedition. Everything you put in there is a lie and spin…Put it down to the FBI and Justice Department.  Everyone in that chain of command you’re going to be investigated.  You’re going to be litigated and you’re going to be incarcerated.  We’re not going to stop until you’re in prison... MAGA is not going to allow this country to evolve into a banana republic like you want it to be.

The post “This Is a Contrived Frankenstein of a Political Weaponization of Law Enforcement” – The Best Bannon Interview on War Room to Date appeared first on The Gateway Pundit. 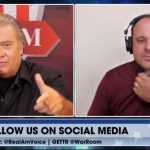