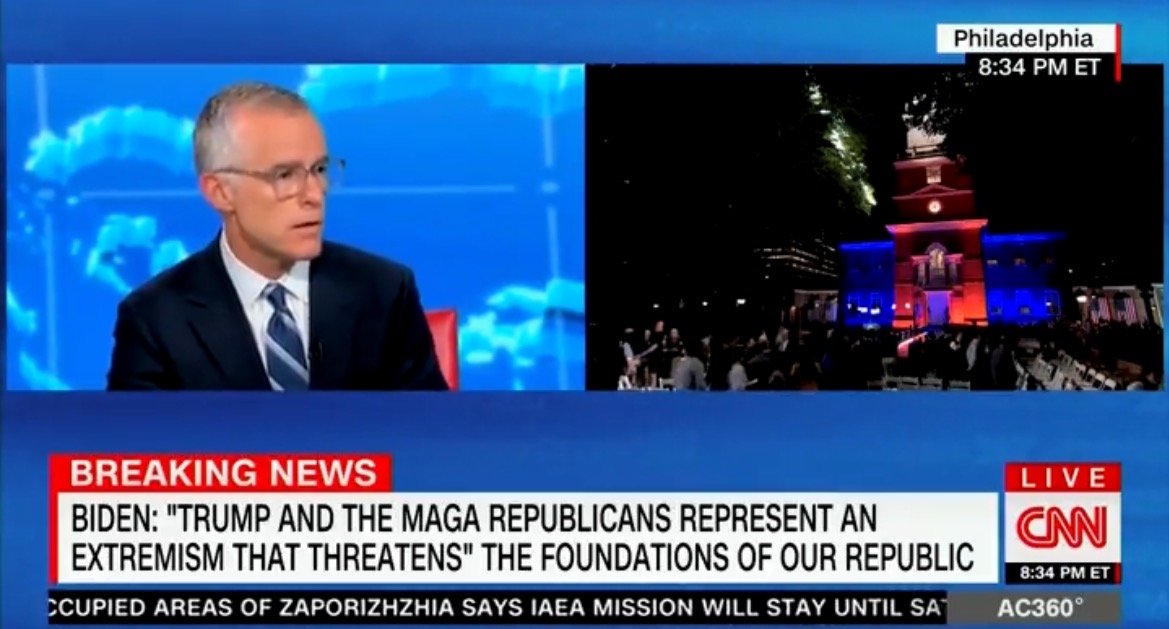 Joe Biden on Thursday evening declared war on Trump supporters in a divisive primetime speech on the ‘battle for the soul of America’ from Philadelphia.

“MAGA Republicans do not respect the Constitution, they do not believe in the rule of law … They promote authoritarian leaders and they fan the flames of political violence,” said Biden.

“Too much of what’s happening in our country today is not normal. Donald Trump and the MAGA Republicans represent an extremism that threatens the very foundations of our Republic,” Biden said.

This wasn’t enough red meat for the rabid former FBI Deputy Director who got fired for lying to federal investigators.

McCabe told a CNN panel that Joe Biden should have talked about what he’s going to do to take care of the problem – the problem being the millions of Trump supporters.

“People would like to have seen a bit more references to accountability. There really wasn’t much talk about what we’re doing about those insurrectionists,” McCabe said.

McCabe, Biden and leftists like them won’t be happy until every Trump supporter is locked up or dead.

Disgraced former FBI agent Andy McCabe says Biden didn’t go far enough threatening Republicans: “People would like to have seen a bit more references to accountability. There really wasn’t much talk about what we’re doing about those insurrectionists” pic.twitter.com/33f13ylDEG

Never forget, McCabe admitted he opened a counterintelligence investigation into President Trump in May 2017 shortly after Trump fired Comey as FBI Director.

McCabe was investigating whether Trump was ‘acting as an agent of Russia.’

McCabe also opened a criminal investigation into Trump for possible obstruction of justice for firing Comey.

Andrew McCabe should be sitting in prison cell. 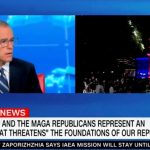 Trump Says Biden “Must Be Insane or Suffering From Dementia” After Bizarre, Angry Speech