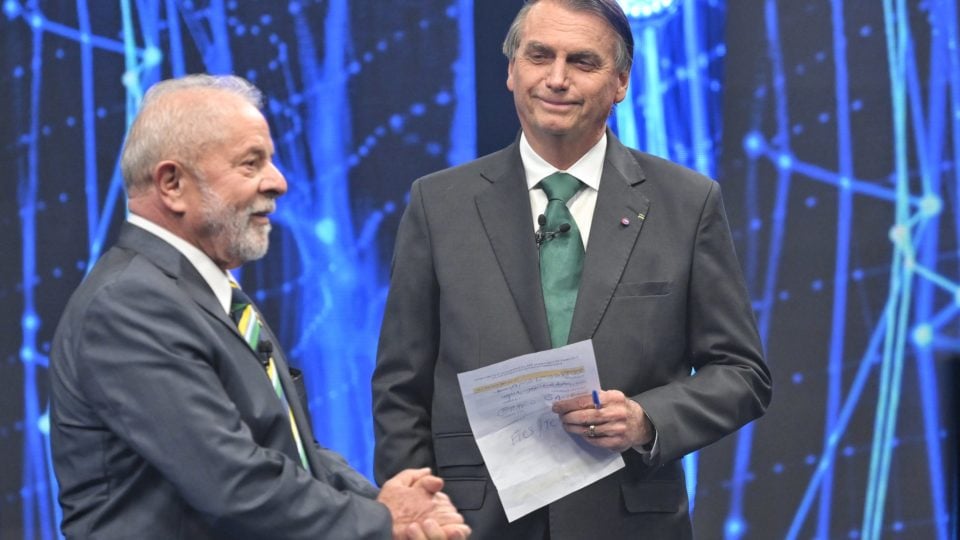 Censorship and State Persecution Against Conservative Media: How Fighting Fake News Has Put Brazilians in a Far-Left Dictatorship in the Country’s Elections By Fernando de Castro in Brazil News analysis RECIFE, BRAZIL – Brazil’s presidential elections have reached a high level of dispute never seen before. On one side, the current president, the conservative anti-globalist…

The post Brazilian Election on Sunday – How State Persecution Against Conservative Media Has Put Brazilians in a Far-Left Dictatorship in Runup to the Country’s Elections appeared first on The Gateway Pundit.

Censorship and State Persecution Against Conservative Media: How Fighting Fake News Has Put Brazilians in a Far-Left Dictatorship in the Country’s Elections

By Fernando de Castro in Brazil

RECIFE, BRAZIL – Brazil’s presidential elections have reached a high level of dispute never seen before. On one side, the current president, the conservative anti-globalist Jair Bolsonaro from Liberal Party, is trying for re-election. On the other side, the socialist former president Luiz Inácio Lula da Silva (2003-2010) from Workers’ Party is trying to return to power to seek a third term.

The recent decisions of the Superior Electoral Court have generated fear in all sectors of the Brazilian press, especially the conservative media. At the request of Lula da Silva’s party, the Court has issued controversial decisions to remove publications from websites and profiles of conservative journalists on social networks.

Under the pretext of fighting fake news in the virtual environment, judges appointed by Lula or linked to his party are ordering the exclusion of publications on social network profiles, as well as censoring several videos from Jair Bolsonaro’s campaign.

One of the most perplexing censorships was the decision of the Electoral Court, which, through Minister Benedito Gonçalves (appointed by Lula to the Superior Court of Justice when he was president in 2008), ordered the prior censorship of the documentary entitled “Who ordered the killing of Jair Bolsonaro?”, by “Brasil Paralelo” – an independent conservative production company.

The documentary was never released, but Gonçalves claimed that the content could favor the candidacy of the current Brazilian president, who was the victim of an assassination attempt during the 2018 election campaign.

As a result, the minister prevented the production company from releasing the documentary during the week of the election, and in case of disobedience, the company would have to pay a fine of more than $260,000 per day.

Other conservative media were also censored. Jovem Pan, the radio station with the largest following in the country, is prohibited to speak in a critical tone of former President Lula. Some of its presenters, such as journalist Mr. Augusto Nunes and commentator Mrs. Ana Paula Henkel will only be allowed to return to the main evening program after the elections are over.

Everything happened, once again, by extension of the electoral court’s orders.

Another newspaper was also the target of censorship. Gazeta do Povo, a newspaper based in the state of Paraná and founded in 1919, was prevented by the Electoral Court from running a story on Mr. Lula da Silva’s friendship with Nicaraguan dictator Daniel Ortega.

The judge responsible for censoring the newspaper was Justice Paulo de Tarso Sanseverino, appointed to the Superior Court of Justice by Lula when he was president in 2010.

The Electoral Court heeded the request of Lula da Silva’s campaign and ordered the removal of 35 Twitter posts that addressed the relationship between Da Silva and Ortega and warned Brazilians that a new government by the socialist candidate could bring risks to Christians, given Lula’s relationship with Daniel Ortega, who has ostensibly persecuted adherents of the Catholic and evangelical faith in Nicaragua.

President Jair Bolsonaro supporters criticize the Electoral Court’s authoritarianism. Experts claim that the fine line between fighting fake news and censorship has already been crossed, which poses a danger to freedom of speech and press in the country.

The claim of “fighting fake news” has generated fear on the part of communicators and jurists, who worry about the expansion of state control over freedom of speech and press.

Ives Gandra Martins, lawyer and author of 42 academic titles in law in Brazil and abroad, opines that there has been a serious violation of freedom of expression in Brazil.

Mr. Gandra Martins is considered one of the most important jurists in the country. He was one of the Brazilian jurists who participated as amicus curiae for the overturning of Roe vs. Wade. 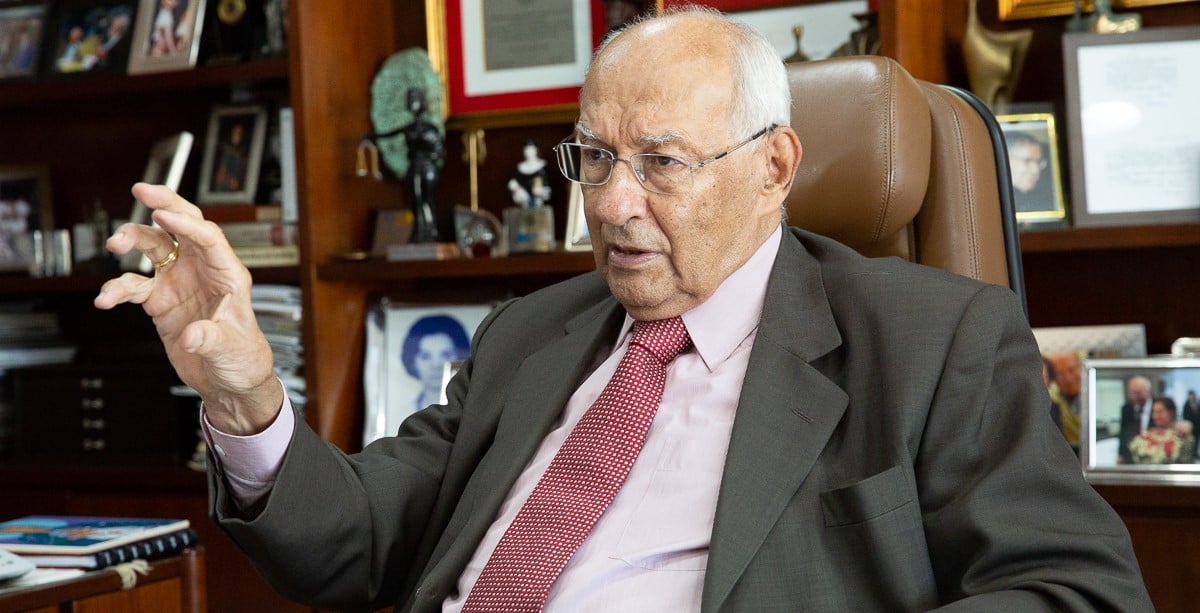 Mr. Gandra Martins: I understand that there is censorship in Brazil clearly directed to conservatives. (Reproduction)

“I’m convinced that there was censorship. These acts against conservative media outlets are always adopted by the same judges of the Superior Electoral Court. I understand that there is censorship less than 15 days before the election. There was a preference of most of the judges of the Court to censor conservative channels, despite the fact that the Brazilian Federal Constitution assures in article 220 the prohibition of any limitation to manifestation in social communication. And there was this limitation, so I understand that there is censorship in Brazil clearly directed to conservatives,” explained Mr. Gandra Martins in an exclusive interview to TGP.

Mr. Martins claims that the recent decisions of the higher courts could lead to legal insecurity in Brazil.

The second round of elections in Brazil will take place this Sunday, October 30. Polls indicate that Jair Bolsonaro may be re-elected by a slight lead over socialist Lula da Silva.

The post Brazilian Election on Sunday – How State Persecution Against Conservative Media Has Put Brazilians in a Far-Left Dictatorship in Runup to the Country’s Elections appeared first on The Gateway Pundit. 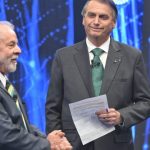