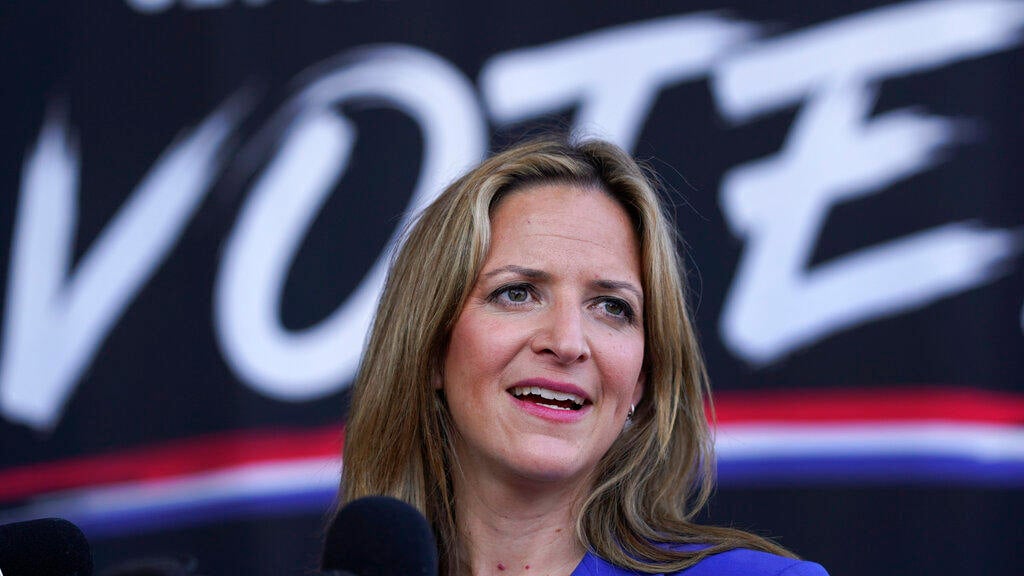 100 Percent Fed Up reports- The DOJ is planning to “monitor” elections in 64 precincts in 24 states, including several MI cities where the possibility of voter fraud is most likely. The five cities the DOJ will target in MI are also (not coincidentally) the Democrat stronghold cities of Detroit, Flint, Grand Rapids, Southfield, and…

100 Percent Fed Up reports- The DOJ is planning to “monitor” elections in 64 precincts in 24 states, including several MI cities where the possibility of voter fraud is most likely. The five cities the DOJ will target in MI are also (not coincidentally) the Democrat stronghold cities of Detroit, Flint, Grand Rapids, Southfield, and Pontiac.

The reasons the DOJ gives for coming to MI are not based on reality, but instead rumors being spread by dishonest Secretaries of State like Democrat MI SOS Jocelyn Benson and the enabling media who never asks for examples when they warn of violence:

From AP reporter Grant Hermes: After threats to election workers, warnings of voter intimidation, and coordinating sessions and lawsuits to undermine vote counts. The DOJ will be monitoring elections in several cities in Michigan.

I’ve worked in Pontiac, MI as a poll challenger, and I can tell you from first-hand experience the election workers are so arrogant they will cheat in front of you and then tell you to ‘shut up’ when you try to object. I’ve watched three elections being stolen in Pontiac, MI, under the guidance of the former City Clerk Sharikia Hawkins, who moved on to the city of Southfield, one of the largest cities in the state of Michigan, where she was charged with six voter felony charges. I’ve also worked in Detroit as a poll challenger, where I witnessed election workers pushing ballots through after not being able to find the voter on the qualified voter rolls by simply giving them a birthdate of 1-1-1900 that would override the system, allowing them to vote even though they didn’t show up on the voter rolls.

I’ve never worked in Grand Rapids or Flint, but the City Clerk of Flint recently resigned because she was being forced to hire the same number of Republicans as Democrats as election workers. That should tell you everything you need to know about how she runs (ran) her elections…

But the biggest problem by far in Michigan’s elections is the ultimate election official, Michigan’s dirty, Soros-funded SOS Jocelyn Benson, who just gleefully tweeted her support for bringing Merrick Garland’s jackbooted thugs coming into elections where voter fraud is most likely to occur, to keep GOP and Independent poll challengers in line.

I get asked a lot what is new in 2022 that we didn’t have in 2020. This is one of the most significant additions: real support for protecting voters from the US DOJ. Grateful for their partnership in ensuring voters have confidence that they will be safe and their votes counted. https://t.co/tV5VKAtr4U

The MI GOP and Independent voter integrity groups have significantly stepped up their efforts to thwart voter fraud this time around. The disastrous 2020 election saw Trump and Senate candidate John James, who were both winning by a wide margin, lose after the counting stopped in Detroit and then restarted. Suddenly, and without explanation, Joe Biden saw a massive surge of votes that ultimately caused him to “win” Michigan, a state that Trump won in 2016. Michigan’s most unremarkable US Senator, Gary Peters (D), also took the lead after the voting stopped in Detroit at the TCF Center, where ballots were being tabulated. Republicans and Independents have been working since the last election to ensure that never happens again.

The question is, what role will AG Garland’s jack-booted thugs play tomorrow? Is the plan to even further prevent poll challengers from doing their legally protected jobs? And why is Michigan’s Democrat SOS applauding this move? Could it be because she already knows Democrat poll challengers, who admitted in their training sessions, they are only going to the former TCF Center to report Republicans and keep them in line, already know they have nothing to worry about?

Michigan’s dirty SoS has been warning about “violence” on Election Day for months. She’s even gone on the morning news show circuit to warn of election violence, yet we’ve seen no evidence of her claims. Is something in the works to cause Republicans to react and then charge them? Is that why Garland’s DOJ is coming to select cities where voter fraud is most prevalent?

With no legislative oversight, SOS Benson changed the rules for poll challengers in 2022. Her new set of made-up rules that include several new ways she plans to restrict poll challengers from doing their jobs was challenged by MI citizens. After a MI judge ordered her to remove her new made-up rules, she appealed his decision with the liberal majority Supreme Court, who overruled the judge’s decision.

This appears to be an effort by our authoritarian AG Merrick Garland to intimidate poll challengers and possibly prevent them from reporting voter fraud if they witness it in any of these 64 “monitored” precincts. It wasn’t that long ago that the DOJ threatened parents for speaking out at school board meetings, so this move to intimidate poll challengers shouldn’t surprise anyone. This is what happens under a Marxist regime—it should never be happening in America.

Here’s a portion of the statement by the DOJ announcing that their Civil Rights Division will be monitoring 64 jurisdictions in 24 key states:

For the general election, the Civil Rights Division will monitor for compliance with the federal voting rights laws on Election Day and/or in early voting in 64 jurisdictions:

Monitors will include personnel from the Civil Rights Division and from U.S. Attorneys’ Offices. In addition, the division also deploys monitors from the Office of Personnel Management, where authorized by federal court order. Division personnel will also maintain contact with state and local election officials.

There is no word on how the DOJ plans to protect the vote from being stolen in any of these 64 precincts—only about how they plan to watch poll challengers do their lawfully prescribed jobs.

Go to Source
Author: Patty McMurray
Related Topics:
Up Next