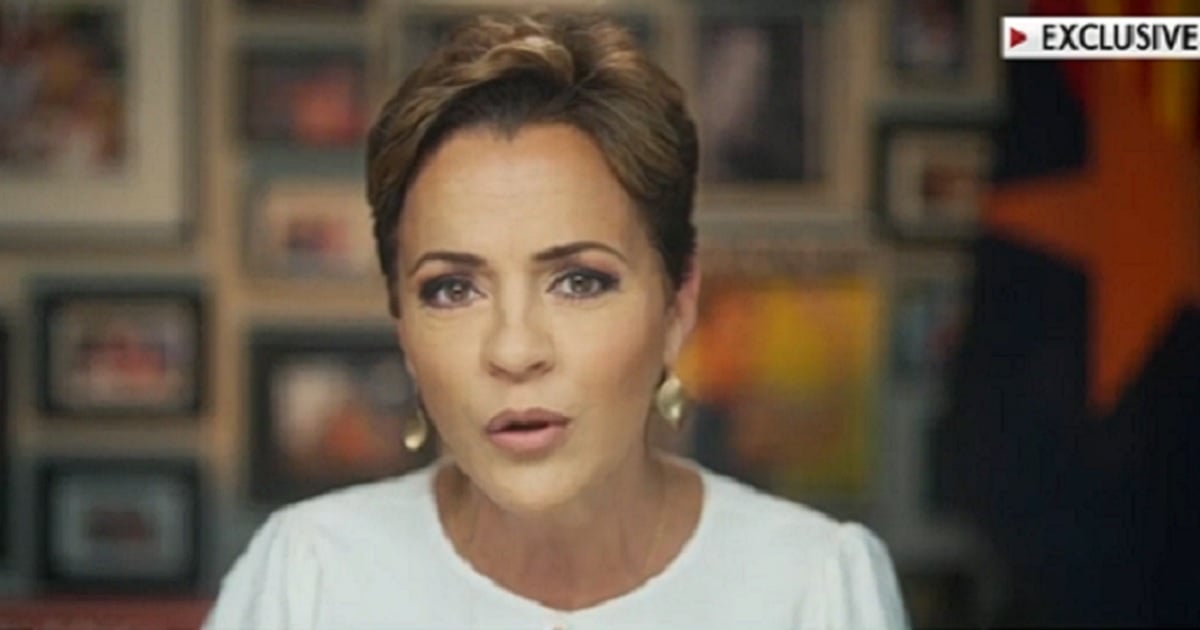 Pima County dumped another batch of election day ballots today, favoring Katie Hobbs 58.08% to 41.95% for Kari Lake, and the total number of outstanding ballots actually increased! This election is being rigged and stolen, just like in 2020. At 12 pm, it was reported that Pima County had 38,874 outstanding ballots. But before 6…

This election is being rigged and stolen, just like in 2020.

At 12 pm, it was reported that Pima County had 38,874 outstanding ballots. 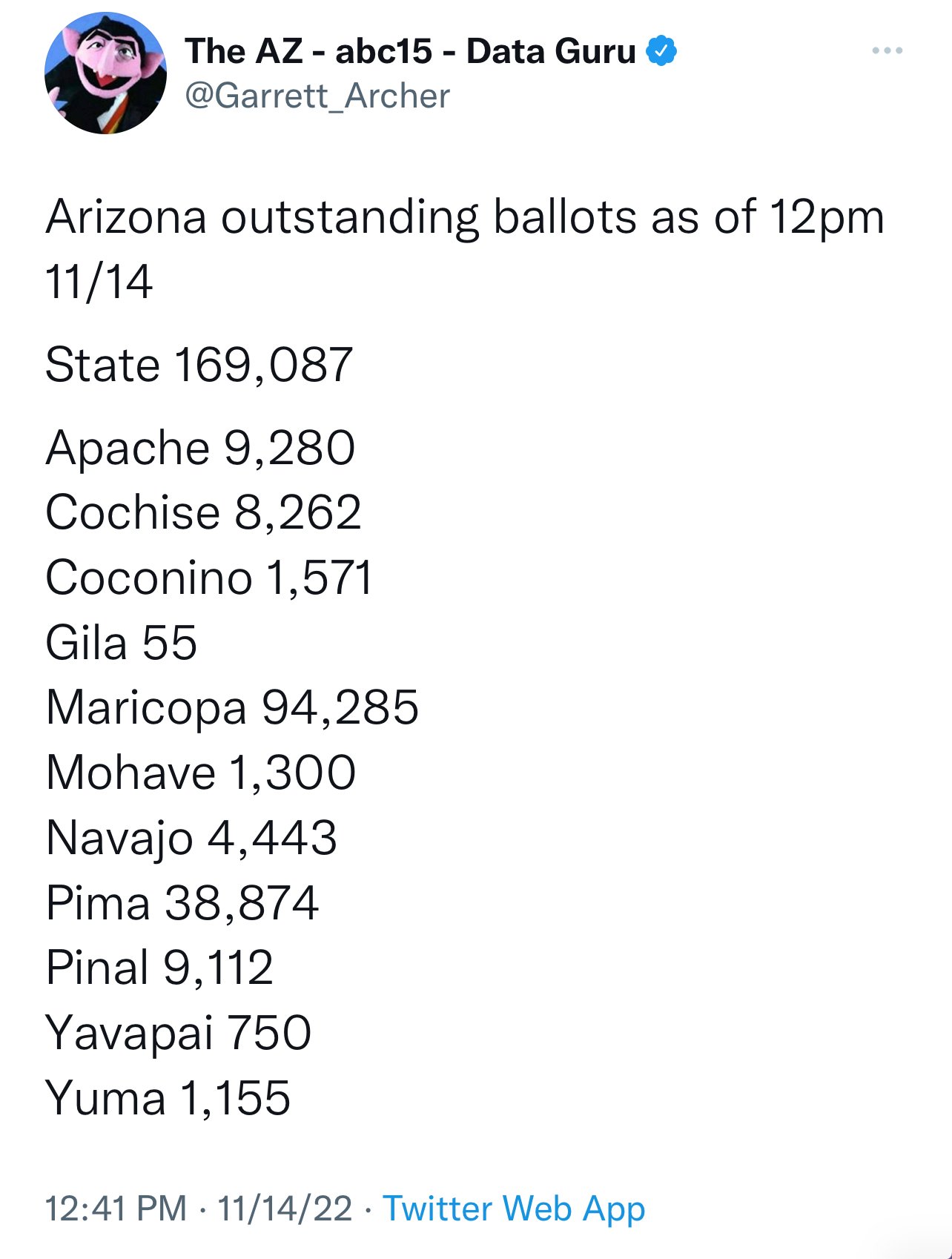 But before 6 pm, it was announced that 24,304 ballots were tabulated, and the number of ballots remaining actually increased to 39,129!

Can you believe it? 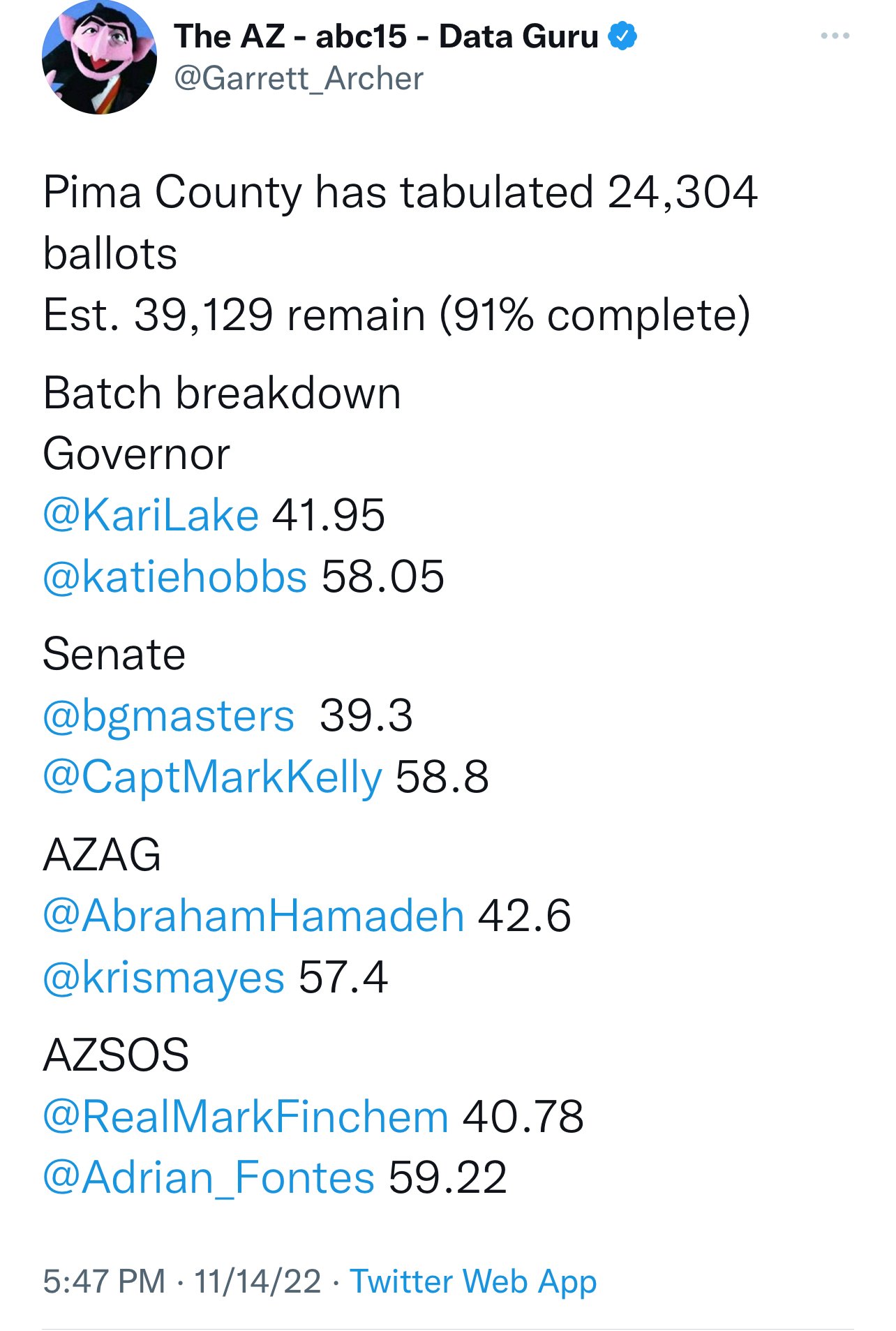 It was then just reported that another 7,394 ballots were dumped, and the number of remaining ballots dropped sharply to 7,427.

This dump had similar results as the one earlier.

What the hell is going on?

Maricopa County dropped their ballots tonight with another impossible drop.

Democrats and election officials are insisting that the Democrats won election day voters and independents in the state.

The criminals running these County elections belong in jail!

This was all intentional to stop President Trump’s endorsed candidates from winning the state.

The increase in ballots and stalling of this election is likely meant to interfere with President Trump’s big announcement tomorrow at the Mar-a-Lago. 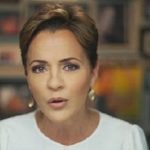