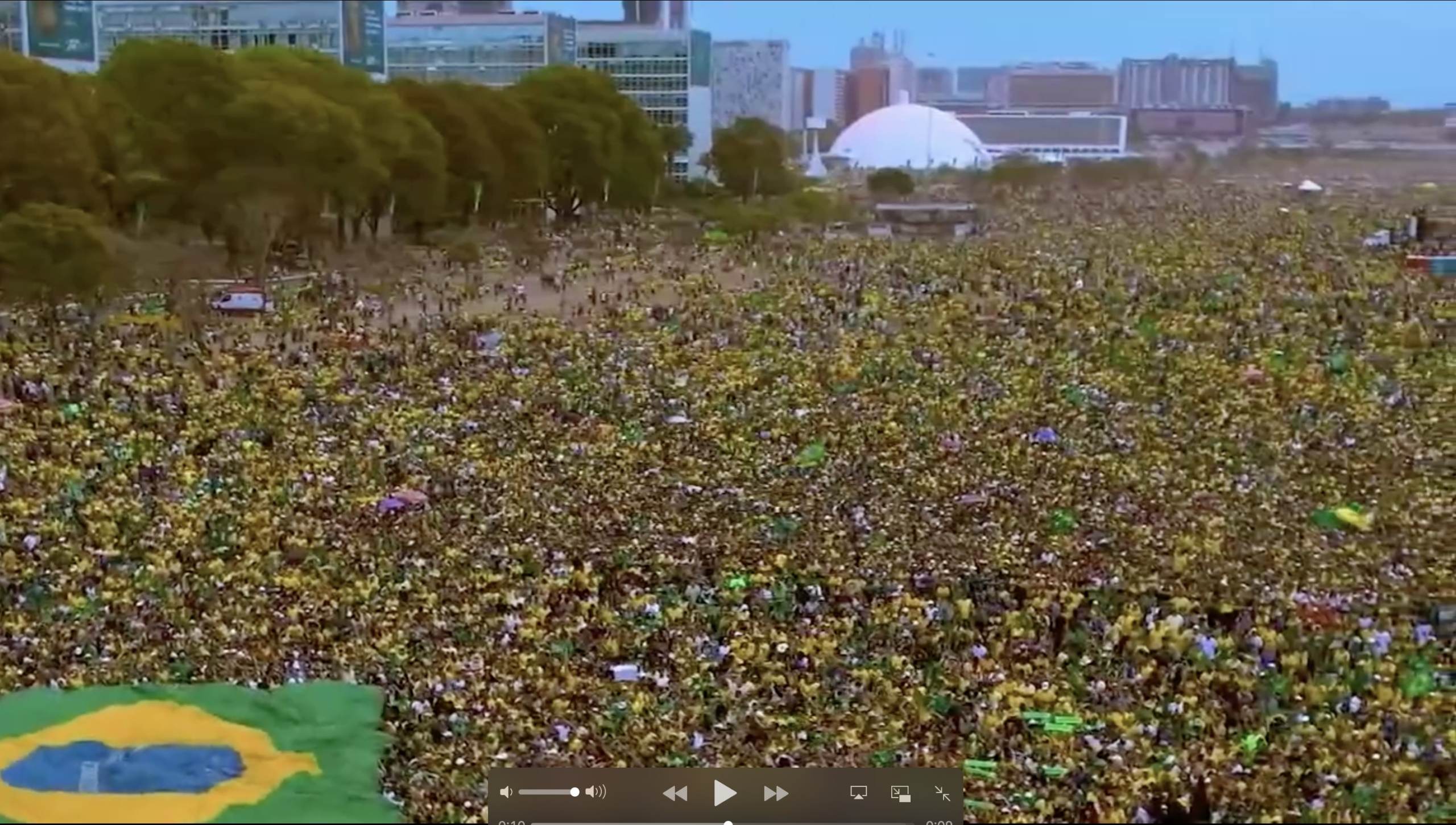 This is how it’s done: Over 3 million Brazilians filled the streets on Republic Day yesterday, Nov. 15, to protest the stolen elections. The party of President Jair Bolsonaro presented its report and announced it will apply to have the election annulled since the results could not be validated. Since the massive fraud during the…

This is how it’s done: Over 3 million Brazilians filled the streets on Republic Day yesterday, Nov. 15, to protest the stolen elections.

The party of President Jair Bolsonaro presented its report and announced it will apply to have the election annulled since the results could not be validated.

Since the massive fraud during the runoff election on October 30th in Brazil, millions of Brazilians have been protesting on the streets every day against electoral fraud by Communist convicted criminal Luiz Inácio Lula da Silva.

Mainstream media such as O Globo refuse to report on what may be the largest protests the world has ever seen, fueling even more rage and disappointment among the Brazilian people.

As hundreds of thousands continue to protest in the streets in Brazil, corrupt leftist Chief Justice Alexandre de Moraes wants the Minister of Defense removed for telling the truth about the stolen election. A conflict between the pro-Lula Supreme Court and the pro-Bolsonaro military looms.

On Nov. 10, as required by law, the Ministry of Defense filed its report on the October 30 election with the Supreme Electoral Court, stating that “It is not possible to say the electronic voting system is free from the influence of malware that could affect its outcome.”

Instead of investigating the allegations, the Supreme Court charged the report “endangered the physical safety of citizens” who were “involuntarily encouraged” to protest – as if the more than 3 million Brazilians who turned out on Republic Day Nov. 15 to protest the steal didn’t really know what they were doing.

But the corrupt Supreme Court was not finished.

On Thursday the far-left court ordered banks to seize ALL assets and block funds from the millions of protesters participating in the mass democracy protests.

BRAZIL: The government has ordered Banks to seize/block funds from protesters participating in mass demonstrations.

Banks have so far blocked funds from 42 different companies that traveled in a convoy from Mato Grosso to participate. pic.twitter.com/usqGwiXyDu

The latest Supreme Court lawlessness is NOT discouraging the mass movement against election fraud.

Marcio de Floripa reports from Brazil that the people are still in the streets. They will not be silenced by the corrupt Supreme Court.

This is just like tyrant Justin Trudeau’s action earlier this year against forced vaccine protesters.

The tyrants are trading tricks! 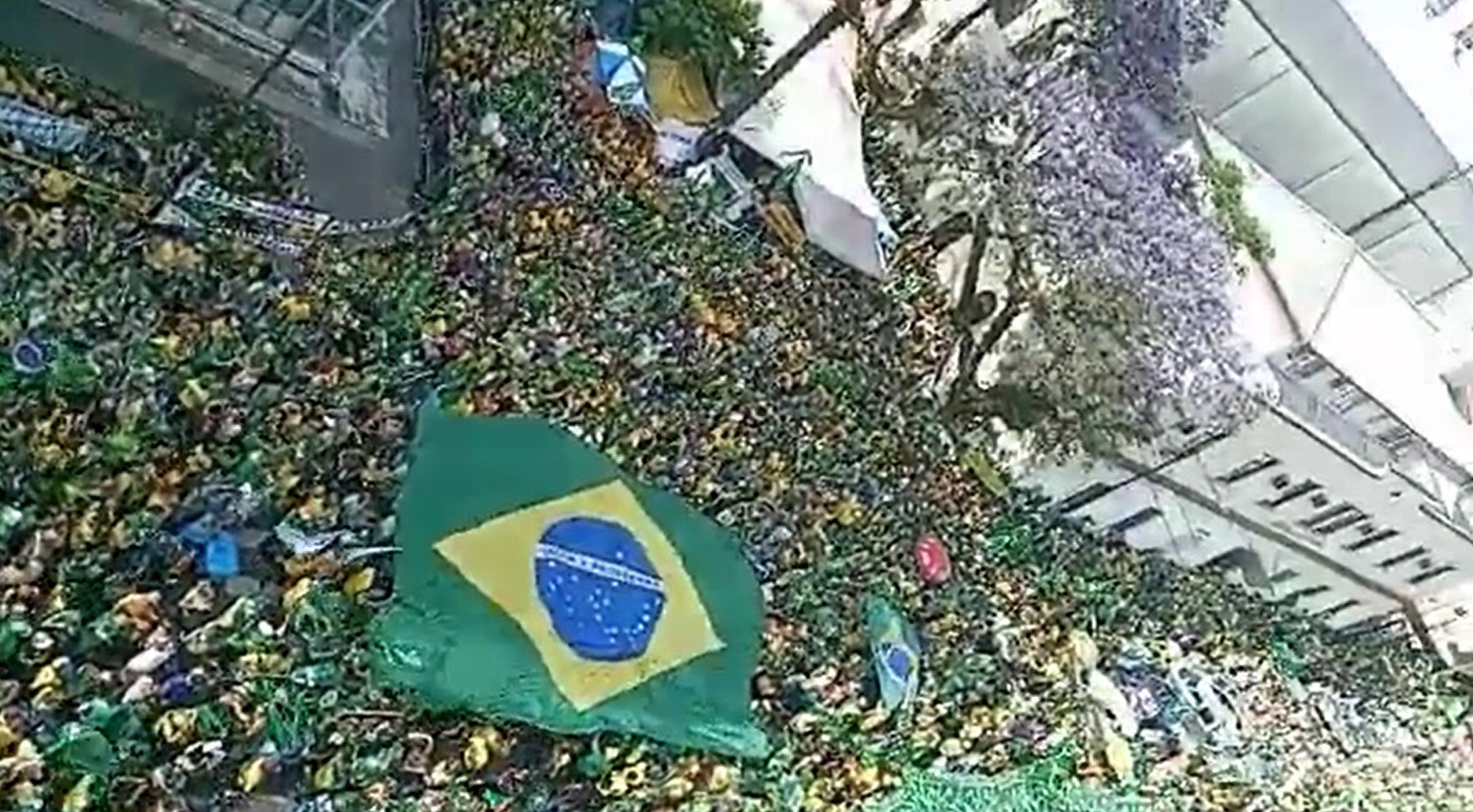 However, Brazil is still holding strong. 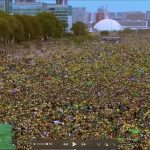 New Development: Two Other Female Roommates Were Home During Murders of Four University of Idaho Students