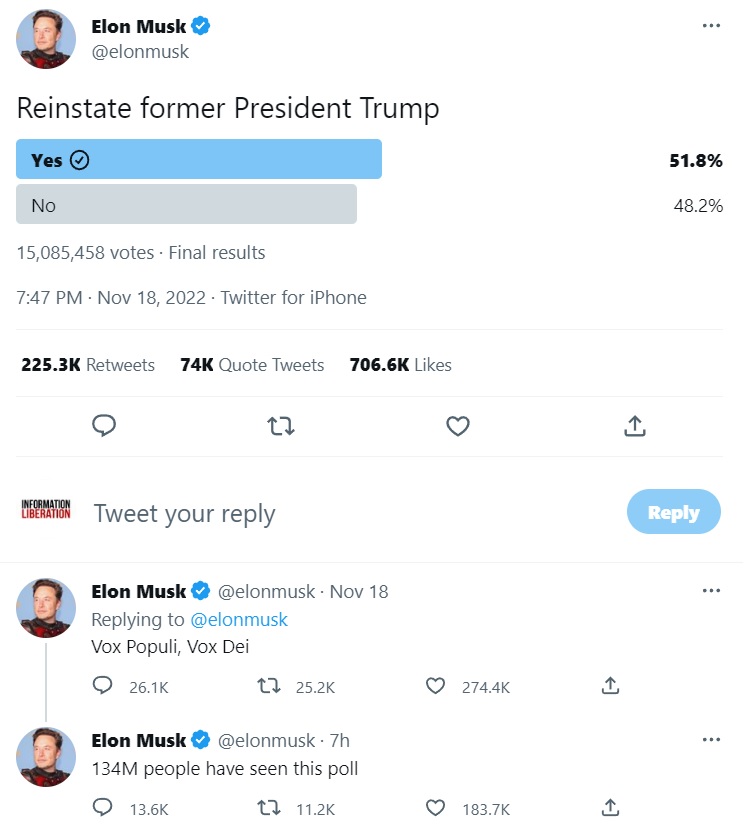 Editor’s note: Trump’s account is active, all his old tweets are there dating back to January 8, 2021, but he hasn’t tweeted again yet at time of writing.

“The people have spoken,” Musk said, referencing a Twitter poll he did that got 15 million votes with 51.8% stating Trump should be unbanned. “Trump will be reinstated. Vox Populi, Vox Dei (the voice of the people is the voice of God).”

Anti-Defamation League CEO Jonathan Greenblatt responded with outrage and whined that Musk “is not remotely serious about safeguarding the platform from hate, harassment and misinformation.”

How refreshing to see Elon stand up for himself (and all of us) by telling Greenblatt to piss off! 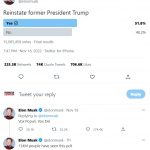 CBS News Stops Posting On Twitter Out Of “Abundance Of Caution”