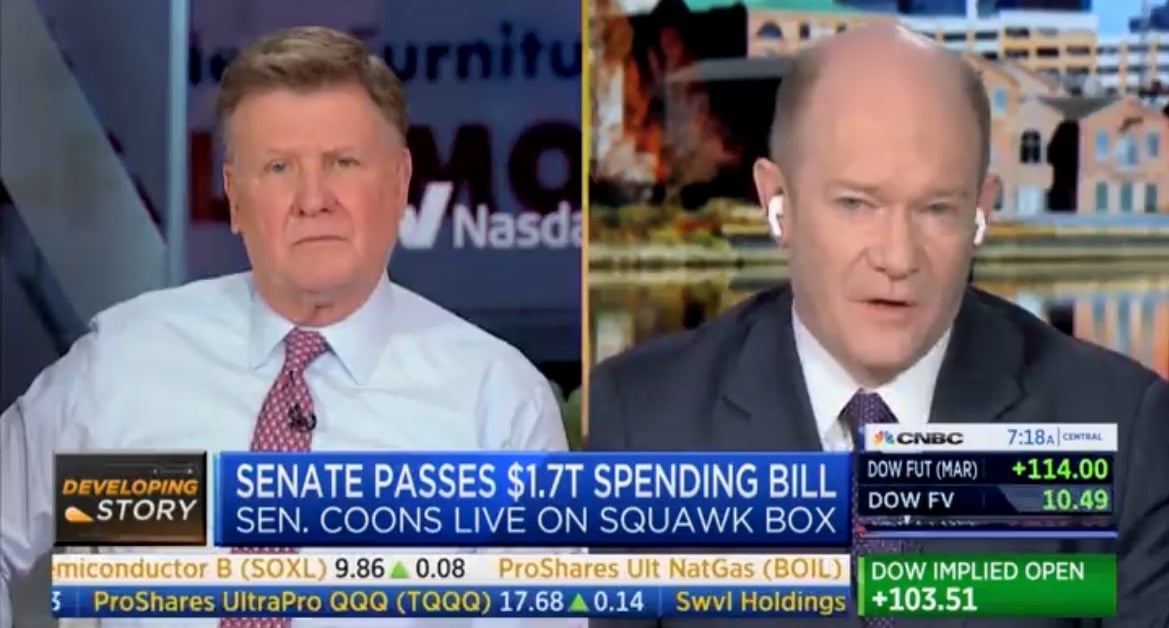 Democrat Senator Chris Coons (DE) on Friday admitted he doesn’t even know what’s in the $1,7 trillion Omnibus spending bill. The $1.7 trillion Pelosi-Schumer spending bill passed the senate this week 68-29. The bill is more than 4,000 pages. Both chambers of Congress rammed the bill through without reading any of it or debating. There…

The $1.7 trillion Pelosi-Schumer spending bill passed the senate this week 68-29.

Both chambers of Congress rammed the bill through without reading any of it or debating.

There is zero funding for the border wall but Ukraine gets another $45 billion.

“Well, Joe, I voted for the omnibus and I’m proud to support it, but I don’t like the process. A bipartisan group of senators on the floor of the Senate were talking about how we can change this process going forward because frankly, as you said, when it comes to the floor the last few days and the last few hours, that doesn’t give us enough time to fully scrub and understand what other members have put in it,” Coons said on CNBC’s Squawk Box.

“I understand that I am responsible, and so is my colleagues, the congressional delegation for the congressionally directed spending for Delaware, but I don’t know exactly what every other member of the Senate has put in the bill,” he said. 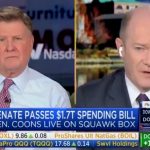 The Most Desired Christmas Gifts In The US