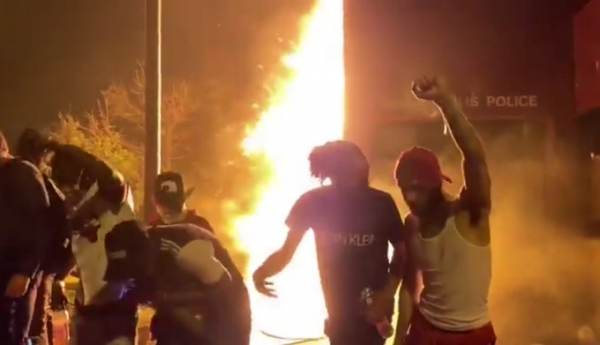 Pro-Antifa Attorney General Keith Ellison has charged a former Minneapolis police officer for allegedly assaulting a man who fired at police during the Black Lives Matter riots over George Floyd’s death. Former officer Justin Stetson, 34, has been charged with one felony count of third-degree assault. Far-left AG Ellison infamously shared a photo of himself…

Former officer Justin Stetson, 34, has been charged with one felony count of third-degree assault.

Far-left AG Ellison infamously shared a photo of himself holding the Antifa Anti-Fascist Handbook, claiming that it would “strike fear” into former President Donald Trump. 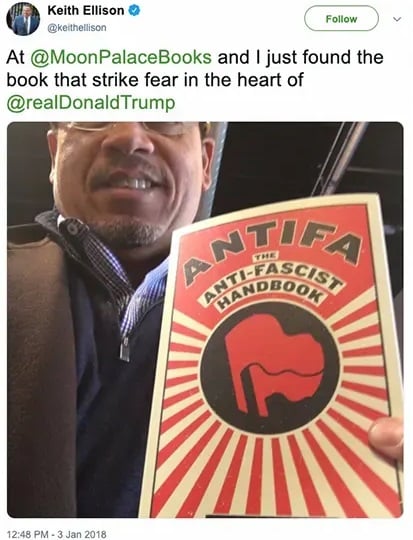 Stetson is accused of beating up BLM activist Jaleel Stallings on May 30, 2020.

On that evening, rioters had lit fires all over the city — including at a post office, gas stations, and other businesses near the police department.

ABC News reports that “according to the criminal complaint, Stetson was among a group of officers enforcing a city-wide curfew that night when his group spotted four people in a parking lot. One of them was Stallings.”

“The officers opened fire on the group with rubber bullets. One hit Stallings in the chest, causing him severe pain, according to the complaint. Stallings fired three live rounds at the officers’ unmarked van but didn’t hurt anyone,” the report continued. “He argued that he thought civilians had attacked him, and he fired in self-defense. He was acquitted in September 2021 of a second-degree attempted murder charge related to that shooting.”

The officers rushed the group, including Stallings. He claimed that he dropped his weapon and laid on the ground when he realized that it was police and not civilians.

According to the complaint, Stetson kicked him in the face and head.

“He also punched Stallings multiple times and slammed his head into the pavement, the complaint said,” according to the ABC report.

A sergeant allegedly had to break it up and get Stetson to stop.

Stallings ended up with a fractured eye bone. He has already been paid $1.5 million by the city to settle a federal lawsuit over the incident. 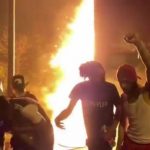 Go to Source
Author: Cassandra Fairbanks
Related Topics:
Up Next

What Did Nancy Know & When Did She Know It?