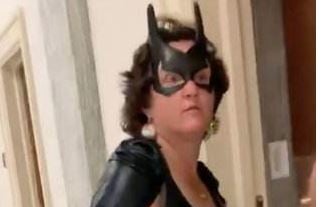 The COVID pandemic has caused many people, especially liberals, to lose their minds. In the case of Katie Porter, she probably just saw more opportunities to treat people like trash. Take the case of Sasha Georgiades, who worked arduously for Porter for two years as a Veteran and Service Member Liaison. Before going to work…

The COVID pandemic has caused many people, especially liberals, to lose their minds. In the case of Katie Porter, she probably just saw more opportunities to treat people like trash.

Take the case of Sasha Georgiades, who worked arduously for Porter for two years as a Veteran and Service Member Liaison. Before going to work in Porter’s California office in 2020, Sasha served as a member of the U.S. Navy, earning a Letter of Accommodation in the process.

In July of this year, however, things started to unravel. Porter contracted COVID-19 and had to stay home instead of traveling to DC. As you can see, she was quite displeased about this.

I’m sick at home with COVID, but I have a message for my colleagues: Americans should be free to decide for themselves if and when to have children. Politicians shouldn’t get to force them. pic.twitter.com/36HX9F0nyO

Texts released Thursday show that Porter strongly believes she contracted COVID from Sasha. What follows is callous bullying and a total lack of humanity.

In the texts, Porter demands to know why Sasha failed to follow office protocol regarding COVID. Sasha profusely apologizes in response and sincerely believed she was perfectly fine. COVID, as we all know, can easily spread even when someone shows no symptoms.

Porter ignored this basic science and terminated Sasha instead. Sasha again apologized and thanked Porter for giving her two years.

Then the staffer revealed something which any human with a soul could sympathize with:

“I hate to have disappointed you in the manner, as I know it isn’t an excuse. I had found out that my friend from the Navy had been murdered and my head was not in the best place.”

“Not an excuse but a reasoning for the lack of forethought. I appreciate everything this office has done for me.”

Porter, however, apparently does not possess a soul. This was her response:

“Well, you gave me COVID. In 25 months, it took you not following the rules to get me sick. My children have nobody to care for them.”

VIBE CHECK: Rep. Katie Porter fires staffer after both test positive for COVID. Full texts from the Congresswoman firing the staffer via text. Shared with permission from staffer. pic.twitter.com/jbhn2NzrmB

Porter translated: to hell with your murdered friend. You caused me to catch a virus that I am fully vaccinated against and is causing me discomfort. Good riddance to you.

Based on these texts, every remaining Porter staffer should resign in protest and leak any damaging information they have against her. She deserves nothing less.

Perhaps the House Ethics Committee next month could penalize Porter as well. What’s more damaging? Lying to the voters like George Santos did or Porter cruelly firing Sasha right after Sasha’s friend was murdered?  Seems like a simple choice.

Also, Porter’s line about her children is total garbage. Mothers with COVID care for their kids all the time. The virus, after all, is not dangerous to healthy children.

On a final note, this tweet sent out by Porter back in March simply sounds like a completely different person. Fair to wonder whether she was hacked.

Congressional staff don’t get enough recognition. I have a talented team of staffers who help me prepare for hearings, brainstorm legislation, and stay in touch with our community. I want constituents to know it’s not just me alone working for them. #EmployeeAppreciationDay

Do not be like Katie Porter. Treat your fellow human beings with decency and do not live in total fear of COVID. 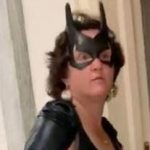