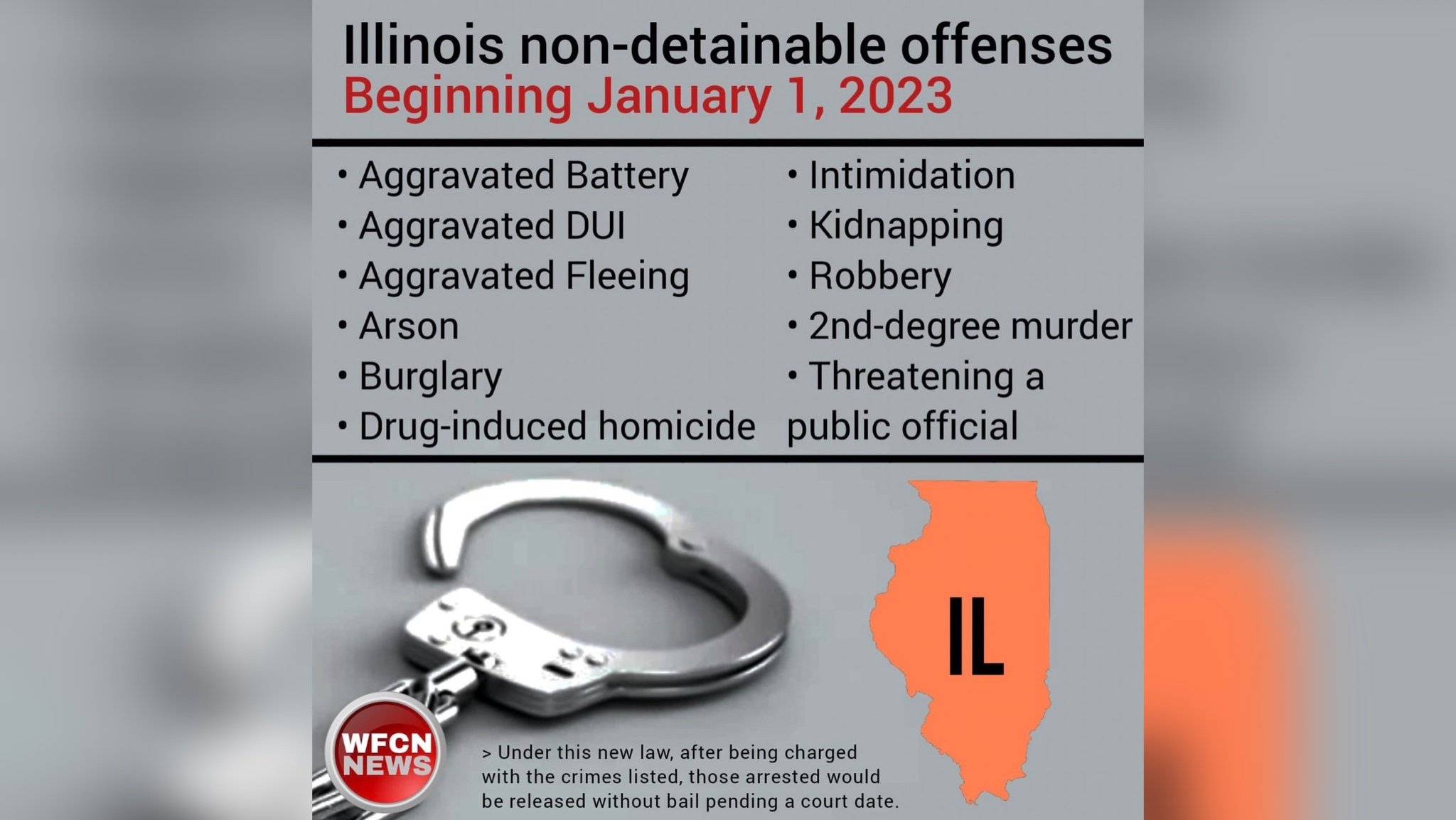 The elimination of cash bail in Illinois was set to go into effect on Sunday, January 1, 2023 but the state’s highest court halted the reform on Saturday. Democrats in Illinois passed a new law to eliminate the cash bail system starting today.  The new law aimed at reforming the state’s criminal justice system. Democrat…

The elimination of cash bail in Illinois was set to go into effect on Sunday, January 1, 2023 but the state’s highest court halted the reform on Saturday.

Republican Mayor of Orland Park, Keith Pekau, said in a press conference recently that this new law would deny victims their constitutional rights.

“Offenders released on electronic monitoring have to be in violation for 48 hours before law enforcement can act. They can almost drive to Alaska before we can even look for them,” he said.

“It denies victims their constitutional rights. And keep this in mind, businesses and homeowners will no longer be able to remove trespassers from your residence or your businesses. Someone could decide to live in your shed, and all we can do is give them a ticket. You have to decide what level of force is required to remove them and whether or not it’s legal. This is a massive threat to the residents of Orland Park, Cook County in Illinois,” Pekau warned.

The law means that 12 non-detainable offenses will no longer require a paid cash bail:

On Thursday, a Kankakee, Illinois County judge ruled that parts of the Safety, Accountability, Fairness and Equity-Today,  SAFE-T Act, violate the Illinois’ Constitution.

“Because, as the Illinois Supreme Court has determined, the administration of the justice system is an inherent power of the courts upon which the legislature may not infringe and the setting of bail falls within that administrative power, the appropriateness of bail rests with the authority of the court and may not be determined by legislative fiat,” Judge Cunnington wrote in his decision.

On Saturday, the Illinois Supreme Court said online that it would be “staying,” or temporarily suspending, the Pretrial Fairness Act, the law including the cashless-bail reform that is part of a larger criminal justice overhaul called the SAFE-T Act. If the justices do not issue a new order, the stay will continue in effect.

The Illinois Supreme Court has issued an order staying the PFA until further order of the Court. This is being done to maintain consistent pretrial procedures in Illinois until the Court can hear the appeal, which will be heard on an expedited basis. https://t.co/kawpAYPb8x

“Illinois Attorney General Kwame Raoul on Friday appealed to the Illinois Supreme Court to overturn Cunnington’s decision, which would only have affected the counties that brought the suit,” according to Chicago Sun-Times.

Roughly half of the state’s elected prosecutors had sued to stop the law from taking effect.

The Dec. 31 order from the Illinois Supreme Court said pending the appeal, it will prevent the bail modifications from taking effect “in order to maintain consistent pretrial procedures throughout Illinois.”

The Supreme Court did not put out a press release, but on Saturday evening tweeted that it “issued an order staying the PFA until further order of the Court. This is being done to maintain consistent pretrial procedures in Illinois until the Court can hear the appeal, which will be heard on an expedited basis” and pointed to an order on its website.

Advocates for doing away with cash bail said they’re disappointed the “transformative law will not take effect as planned.”

“We are confident that the Supreme Court will swiftly reverse the lower court finding and confirm the constitutionality of the Pretrial Fairness Act. In the meantime, we are grateful that the court is providing uniform guidance to courts across the state,” Cook County Public Defender Sharone Mitchell’s office said. “Money bond is a deplorable practice, and it is high time that Illinois abolish a system that punishes people – most of them Black and Brown – for being poor. We decry the frivolous lawsuit that was brought against the Pretrial Fairness Act almost two years after it was signed into law.”

But in a joint statement, Berlin and Mosser said the abolishment of cash bail had gone forward in some counties but not others and with litigation pending, “the administration of justice in Illinois would have been uneven, thus harming all the citizens of the State.”

It would have been particularly problematic in DuPage and Kankakee counties because some municipalities cross county borders, “some of which were bound by the pending litigation and others that were not.” 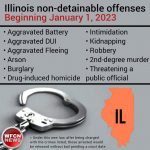 “Their Ratings Will Continue to Sink” – President Trump Comments on CNN, MSNBC and Even FOX’s Terrible Ratings

Elon Musk: Fauci Files to Drop Later This Week – 2023 Is About to Get Interesting!