GUEST POST BY: Randy L. Ireland, founder of Americans for Justice   The J6 Proud Boy Leadership trial, where jurors will decide whether leaders of the Proud Boys are guilty of sedition and serve up to 20 years in prison,  began jury selection on December 19 with US District Judge Timothy E. Kelly presiding. Judge…

The post Tainted Jury Pool In The ‘Trial Of The Century’: Two Jurors Have Been Selected In Proud Boys Trial So Far, One Is A Black Lives Matter Organizer – The Other Was Convicted of a DUI appeared first on The Gateway Pundit.

The J6 Proud Boy Leadership trial, where jurors will decide whether leaders of the Proud Boys are guilty of sedition and serve up to 20 years in prison,  began jury selection on December 19 with US District Judge Timothy E. Kelly presiding.

Judge Kelly initially predicted the litigation of the case patriot groups are calling “The Trial of The Century” would require only  2 to 3 days to complete the Jury Selection process. But after a full week in the courtroom, just 21 of 46 jurors have been selected, less than half of the potential jurors needed have been qualified to serve.

Throughout the jury selection process so far, there has been increasingly evident that finding an unbiased jury pool within Washington DC – ESPECIALLY in a trial with Proud Boy defendants – will prove to be a very arduous and tumultuous task on several levels.  Contention between the government prosecutors and the attorneys representing the 5 defendants has flared up nearly each of the 5 days thus far. 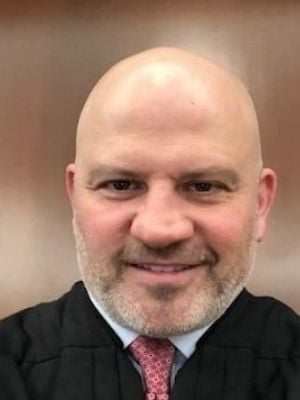 On Dec. 19, there was a dispute between attorneys over a potential jury member who testified to the court under oath that she had never been arrested or convicted of a crime. Multiple defense attorneys objected, indicating they had information that she had indeed been both arrested and convicted of a DUI. Judge Kelly immediately intervened, decided to keep this potential juror within the pool “for now” pending verification and asked that the Prosecution and Defense get together to “work something out.” The following day the same issue arose. The judge again determined the best approach was to keep her within the pool of potential jurors, which the prosecution supported while the attorneys for each of the defendants vehemently objected.

On Dec. 23, there was a half-day before the court would break for more than a week over the Christmas and New Years’ Holidays. On that day, only a single potential juror was qualified, and even THAT juror – to any objective observer – should not have happened!  The qualification of this potential juror led to what has been described by eyewitnesses in the courtroom as an “explosive and fiery” exchange between the lead prosecutor, AUSA Erik Kenerson and one of the defense attorneys, Nicholas Smith.  In this exchange, the prosecutor warned Smith is a “racist” for his line of questioning of the potential juror  – which made the entire courtroom break out into a frenzy, prompting Judge Kelly to gavel the courtroom back into order.

That potential juror who was “qualified” that Friday by Judge Timothy J. Kelly admitted to being a top organizer for the Washington DC BLM organization!  The BLM organization is founded by admittedly “Marxist-trained” individuals that espouse socialism, communism, and globalism.  This is the very reason why this trial will prove to be so important to the present national discourse – it pits traditional Conservatism and Patriotism against the progressive ideals of Marxism, Communism, and Globalism.  This is essentially Constitutional Conservatism (Small Government, Individual Rights & Accountability) vs. Constitutional Progressivism (Large Government, Mob Rule, and the broad-stroking of Cancel Culture)

To have a major BLM organizer on the potential jury of a Proud Boy trial is preposterous to anyone with a sense of objectivity, fairness, and impartiality.  Why in the world would Judge Timothy Kelly even entertain this kind of tainted jury pool is incredulous at every level. When you add in the lead prosecutor baselessly calling a reputable defense attorney like Nicholas Smith a “racist” it only adds more fuel to the already blistering fire.

Moreover, at least one of the defendants in Dominic Pezzola has been unable to view any of his discovery in the case to date. The jails have denied him his constitutionally-protected right of being able to participate in his own defense.  Pezzola has allegedly been denied protected Legal Calls, Legal Communication, and even Legal Visits – across multiple institutions. He has also been prohibited from access to the necessary laptop/tablet on which to view his discovery.

Meanwhile, the prosecution has yet again dumped a large amount of “NEW DISCOVERY” on the Defense within the last 72 hours, making the Proud Boys January 6 case the “Trial of the Century,” igniting controversy among law enforcement officials and justice professionals across the United States.

This latest discovery dump comes after Judge Kelly has said on multiple occasions in the lead-up to the trial, “We’re not going to have a trial by ambush here!”  In the bigger picture, it is hard to tell which is more egregious to the sense of Justice:  the seeming deliberateness of the prosecution to stall discovery dumps, or US District Judge Timothy Kelly pushing and rushing such a notorious and complex case rather than allowing fair and proper time for the defense teams an opportunity to review all important discovery with their clients.

What seems to be ongoing deliberate, strategic, and orchestrated “last-minute Discovery Dumps” across many of the J6 trials to date (including the Oath Keeper trials presided over by District Judge Amit P. Meta) by the DOJ is quickly adding up to be severe Brady violations on the part of the US Government. These violations are consistently being rubber-stamped and allowed by the presiding US District Judges. In addition,, Add in the clear bias of the jury pool in Washington DC where over 93% of the jury pool members vote DEMOCRAT each election cycle.  Then add on top of this the unanimous rejection of any “Change of Venue” motions by these US District Judges and it all points to this trial being far more about Politics, rather than the very purpose for establishing the Washington DC District Court in the first place – JUSTICE!

When the Proud Boy trial resumes on Tuesday, January 3rd there is expected to be a flurry of motions filed by the defense teams of Joseph Biggs, Dominic Pezzola, Ethan Nordean, Enrique Tarrio, and Zachary Rehl.  Keep in mind that the vast majority of these defendants are not charged with Violence of any kind, vandalism of property, or weapons charges!  One of the defendants was not even in Washington DC on January 6th!  Yet this trial is all about the US Government’s baseless claim that the Proud Boys fraternity engaged in “Seditious Conspiracy” – something that The Gateway Pundit’s own Cara Castronuova already debunked through the exclusive release of a Proud Boy video conference in the days before January 6th.

Please stay tuned here for the latest updates and information coming out of the Proud Boys’ “Trial of the Century” – direct from the US Federal Courthouse in Washington DC.

Randy Ireland is a USAF Veteran, a Christian, an Entrepreneur, co-Founder of CAPP (Citizens Against Political Persecution) and the Founder of A4Justice (Americans for Justice).  He is also a leading organizer for the 4Ashli.com Vigil held in Washington DC at the DC Jail every night from 7pm to 9:30pm.  You can follow his work by visiting www.A4Justice.org, or follow/subscribe @A4Justice on Twitter, Truth Social, Gettr, and YouTube.  You can also contact him directly with any J6-related Information or tips at Randy@A4Justice.org.

The post Tainted Jury Pool In The ‘Trial Of The Century’: Two Jurors Have Been Selected In Proud Boys Trial So Far, One Is A Black Lives Matter Organizer – The Other Was Convicted of a DUI appeared first on The Gateway Pundit. 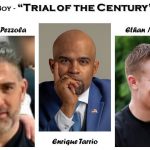