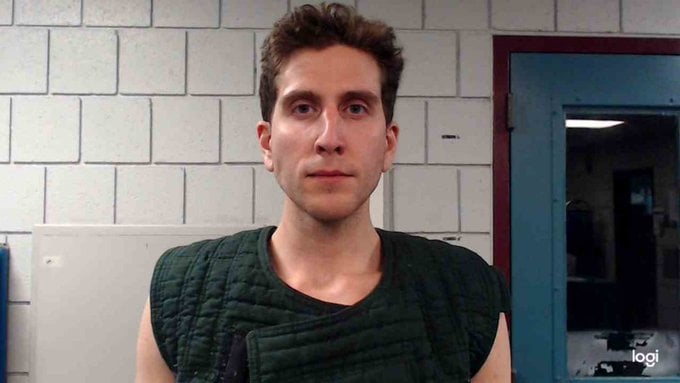 Idaho officials publicly released the probable cause affidavit in the case against accused killer Bryan Kohberger. Bryan Kohberger arrived to Moscow, Idaho late Wednesday evening where he was served with an arrest warrant and booked at the Latah County prison.

The probable cause affidavit revealed shocking new details about what happened the night of the murders.

One of the surviving roommates came face-to-face with the killer!

According to the court documents, Kohberger’s DNA was also found on a tan leather knife sheath left behind on Maddie Mogen’s bed on the 3rd floor at the King Road Residence.

“The sheath was later processed and had ‘Ka-Bar’ ‘USMC’ and the United States Marine Corps eagle globe and anchor insignia stamped on the outside of it,” Idaho police officer Brett Payne wrote in the 19-page affidavit. “The Idaho state lab later located a single source of male DNA (suspect Profile) left on the button snap of the knife sheath.”

Police were able to match the DNA from the knife sheath to Kohberger’s father’s DNA taken from trash at the family home in Pennsylvania.

Here are some shocking details according to the probable cause affidavit reviewed by this reporter:

The killer murdered the victims around 4:17 am (between 4:00 and 4:25) based on testimony from one of the surviving roommates.

A nearby surveillance camera picked up a dog barking (Kaylee Goncalves’ dog) at 4:17 am at the same time the surviving roommate heard someone crying.

The surviving roommate, Dylan Mortensen (a female), told police she saw the killer after she opened her bedroom door after she “heard crying.”

Mortensen said she saw a masked man dressed in black clothing walking toward her near her bedroom door.

“D.M. [Dylan Mortensen] described the figure as 5’10 or taller, male, not very muscular, but athletically built with bushy eyebrows,” the affidavit said. “The male walked past D.M. as she stood in a ‘frozen shock phase.”

“The male walked towards the back sliding glass door. D.M. locked herself in her room after seeing the male.”

Mortensen did not recognize the killer.

She went back into her room, locked the door and did not call 911 at that time.

A shoe print from a Vans shoe was discovered in front of Mortensen’s door, consistent with her statement.

According to the affidavit, Kohberger’s phone was turned off during the time of the murders. He turned his phone back on after he allegedly committed the murders.

Cell phone towers in the area pinged his phone at the time he arrived to the crime scene.

According to phone records, Kohberger’s phone pinged near the victim’ home at least 12 times between June 2022 to December – nearly all visits to the area were late at night or super early morning hours (evidence of possible stalking/surveilling).

Kohberger’s phone also indicated he was near the crime scene between 9:12 and 9:21 mere hours after he allegedly committed the murders.

Kohberger’s white Hyundai Elantra was caught on surveillance video near the victims’ home beginning at 3:29 am and 4:20 am.

Kohberger transferred the title on his Elantra from Washington to Pennsylvania 5 days after the murders.

A motive for the murders is still not known. 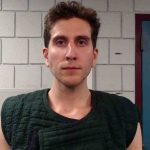 150,000 Votes In The 2020 Election Not Tied To A Valid Address In Wisconsin: Election Watchdog

30% Of All Realtors Could Quit During Housing Crash