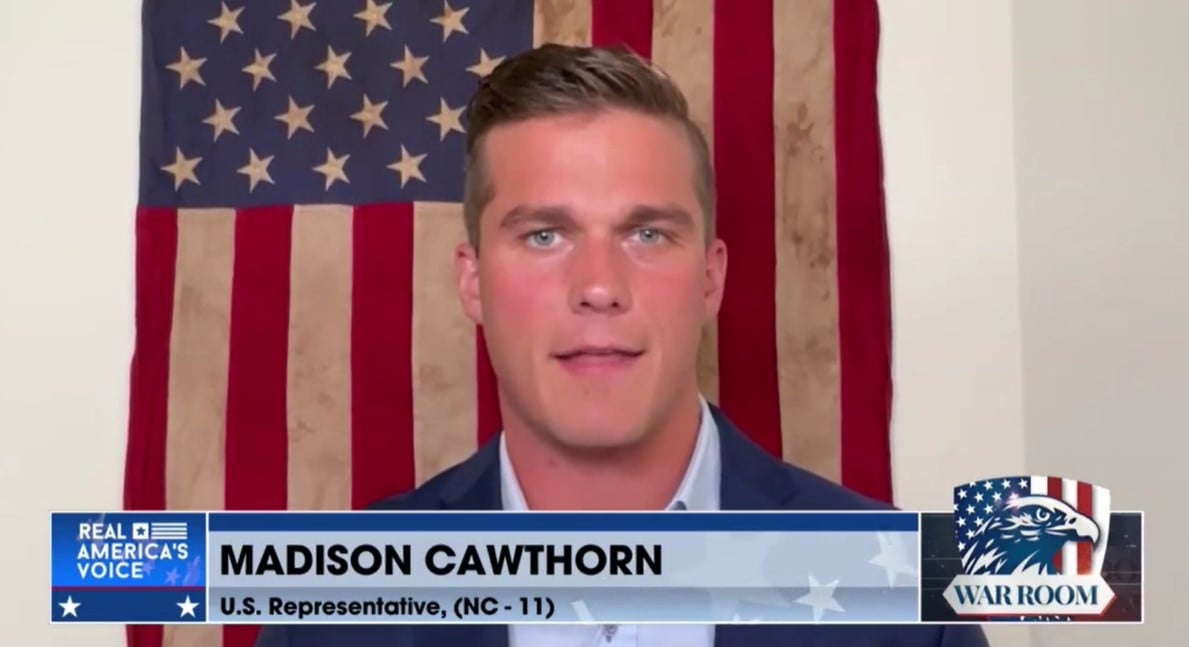 The post “There Are Incredible Threats Being Levied Against Them – Families Are Targeted” – Madison Cawthorn Explains What Happens to Those Who Stand Up Against Kevin McCarthy (VIDEO) appeared first on The Gateway Pundit.

On Friday former Rep. Madison Cawthorn joined Steve Bannon on The War Room to discuss Kevin McCarthy and the pressure put on the 20 holdouts.

McCarthy allies attempted to hide their effort to sabotage MAGA Republicans, according to a report from the Washington Post.

“GOP lobbyist Jeff Miller, one of McCarthy’s closest friends and biggest fundraisers, and Brian O. Walsh, a Republican strategist who works for multiple McCarthy-backed groups, were both involved in an independent effort to oppose Cawthorn as part of a broader project to create a more functioning GOP caucus next year,” the Washington Post reported. “The allies close to McCarthy have sometimes taken steps to conceal their efforts, as they did in the Cawthorn case, with money passing from top GOP donors through organizations that do not disclose their donors or have limited public records, federal disclosures show.”

The aim of the secret operation, according to the report, was to weed out Republicans “who could either cause McCarthy trouble if he becomes House speaker or jeopardize GOP victories in districts where a more moderate candidate might have a better chance at winning.”

A GOP operative, speaking to the paper on the condition of anonymity, said that “McCarthy is a political animal, and he has a lot of political animals working for him. … He is not a guy to be trifled with. It’s like they say in the Marine Corps, ‘No better friend, no worse enemy.’ And they mean it, and they act on it.”

In May, Cawthorn lost his primary after a massive effort, apparently from both parties, to smear him and surround him in scandal.

Following his defeat, Cawthorn’s spokesman Micah Bock appeared on Newsmax and blamed the loss on the dark money flooding into the state to take him out.

“I think there is about 2 million reasons on why he lost the election last night. And those reasons are every single dollar of dark money that flooded into his district from donors from outside of NC-11,” Bock said. “Specifically $300,000 the flooded into the district through a North Carolina federal senator.”

Madison Cawthorn: I really want to push back on this idea that the Republican agenda is really going to stall out. The Republican agenda is not going to take hold if we don’t have a conservative Speaker… What is going on now with these 20 right now is they are facing extreme pressure. Keep them in your prayers. Because make no mistake, there are incredible threats being levied at them. Ones that might be removed from committees. Others that they might be ruining their personal lives. They might be going after family members and their workplace. This is a very serious task that they are undertaking and it should not be taken lightly… I’m telling you, we know that Kevin McCarthy worked in secret to oust a lot of Republicans and conservatives from Congress who were running in the 2022 cycle which is why we have such a narrow majority. And so if he’s willing to do that politically, imagine what he’s willing to do with policy.

Via The War Room.

The post “There Are Incredible Threats Being Levied Against Them – Families Are Targeted” – Madison Cawthorn Explains What Happens to Those Who Stand Up Against Kevin McCarthy (VIDEO) appeared first on The Gateway Pundit. 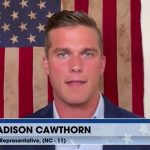