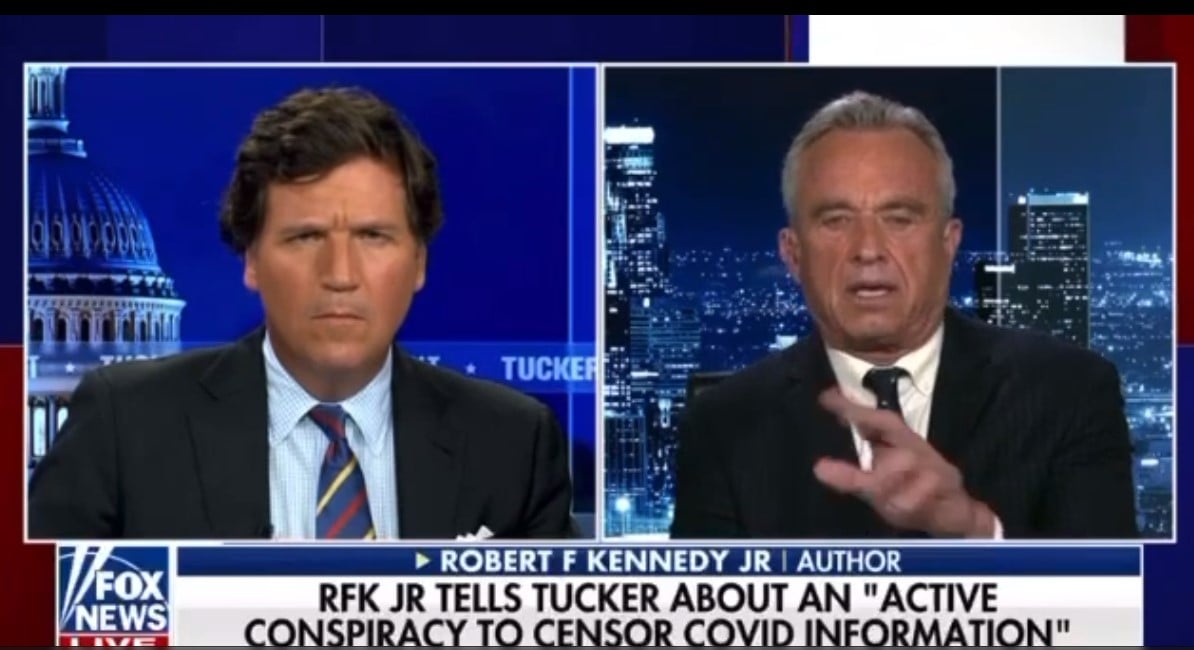 Robert Kennedy, Jr. joined Tucker Carlson on Tuesday night to discuss a lawsuit he filed against the Trusted News Initiative (TNI). TNI is a partnership of several big news outlets the AP, Reuters, the Washington Post aligned with big tech companies like Facebook and Google and founded by the BBC. TNI has admitted its mission…

TNI is a partnership of several big news outlets the AP, Reuters, the Washington Post aligned with big tech companies like Facebook and Google and founded by the BBC. TNI has admitted its mission is to stop “the title wave of unchecked reporting that’s being piped through mainly digital platforms.” As Tucker Carlson reported, “The initiative has censored an awful lot of people, including Robert F. Kennedy Jr. Whom history will vindicate completely.”

Robert Kennedy Jr.: Thank you Tucker. You and I know that from the “Twitter Files” that…  The White House and other government agencies were colluding with social media sites and with other news organizations to censor criticism of government policies.

This is something different. The Trusted News Initiative was a secretive cartel that involved the big legacy media companies that you mentioned,  The Associated Press, Reuters, the Washington Post,  the BBC, and also the social media platforms Microsoft, Google, Facebook and Twitter…

…I think probably the more motivating purpose of the cartel was revealed in one of the memos that we have obtained from the BBC, which is to destroy their rivals in the independent media.  The BBC memo says to the other groups, and it was BBC which is a – British government owned news network, and it was the one that orchestrated this secret collaboration, an anticompetitive collaboration. And what they said is, although we are ostensibly all rivals and competitors with each other, the existential threat to all of our business models comes from thousands of independent news sites who are now not only providing all this content that people are reading, but they’re also diminishing trust in our organizations.  And, the way that we can destroy them, they called “stamp them out and choke them.”

** The Gateway Pundit will have more on this lawsuit on Wednesday morning. 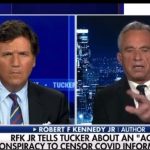 BIDEN ECONOMY: World Bank Warns that a Recession Is Looming in 2023