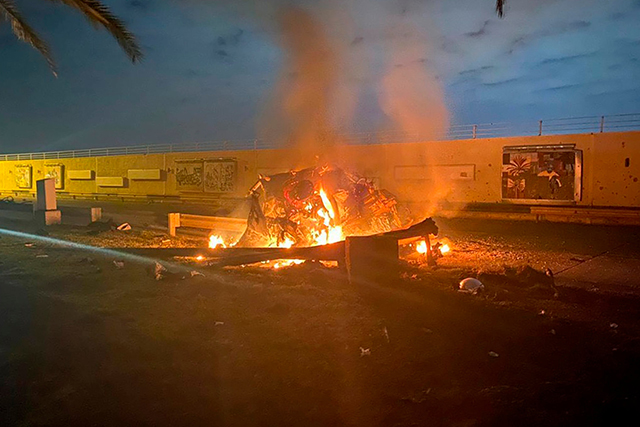 We must all thank our “greatest ally”.

Three years ago, American airstrikes killed IRGC leader Qassem Soleimani in Iraq, leading to a near-all out war between Tehran and Washington. Iran still threatens with avenging the assassination, calling it a “terror” attack on an Iranian official.

Hayman has previously admitted that Israel provided intelligence to the U.S. about Soleimani, but his wording “immediate threat” is the same as what U.S. President Trump used when he took responsibility for the attack, suggesting it was that exact piece of Israeli intelligence that led to the decision to assassinate the IRGC leader.

“Soleimani was plotting imminent and sinister attacks on American diplomats and military personnel but we caught him in the act and terminated him,” Trump told reporters at the time.

After Soleimani’s militias had helped defeat Islamic State the U.S. was “standing in his way because he wanted to control the Middle East. So his focus changed from Islamic State to US presence in the region,” Hayman said.

[…] “Israel convinced the US of Soleimani’s malign activities against Americans. The US was mainly focused on fighting terror, not Iran. We supplied the intelligence and shared analysis and over a long period of time they were eventually convinced that Soleimani was an immediate threat to American lives and its strategic posture in the Middle East,” Hayman said.

As Antiwar reports, there was never any evidence produced showing Soleimani was an imminent threat:

Trump told reporters at the time of the killing that Soleimani was “plotting imminent and sinister attacks on American diplomats and military personnel, but we caught him in the act and terminated him.” The claim was never confirmed, and according to then-Iraqi Prime Minister Adil Abdul-Mahdi, Soleimani was in Baghdad as part of an Iraqi mediation between Saudi Arabia and Iran.

“I was supposed to meet him in the morning the day he was killed, he came to deliver a message from Iran in response to the message we had delivered from the Saudis to Iran,” Abdul-Mahdi said after the assassination.

The memo said the assassination was done to “protect United States personnel, to deter Iran from conducting or supporting further attacks against United States forces and interests, to degrade Iran’s and Quds Force-back militia’s ability to conduct attacks, and to end Iran’s strategic escalation of attacks.”

Trump later said it “doesn’t matter” if Soleimani was planning an “imminent” attack or not “because of his horrible past.”

The Fake News Media and their Democrat Partners are working hard to determine whether or not the future attack by terrorist Soleimani was “imminent” or not, & was my team in agreement. The answer to both is a strong YES., but it doesn’t really matter because of his horrible past!

Meanwhile, Mike Pompeo insisted there was “no doubt” Soleimani was planning “a series of imminent attacks” but he just doesn’t know “when” or “where.”

We must all thank our “greatest ally” for giving us such solid intel on Soleimani’s “imminent” attacks and Iraq’s WMDs! 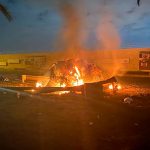 Report: U.S. Officials ‘Ran Out of Time’ Before Discussing Migration With Mexico