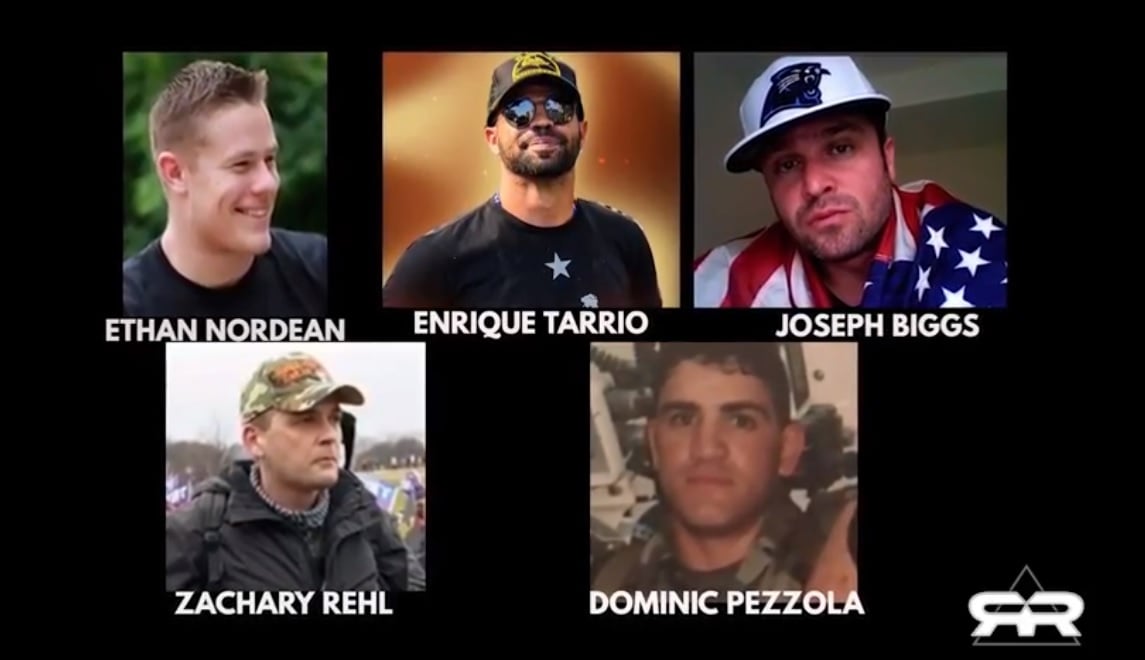 JOIN THE GATEWAY PUNDIT TONIGHT on our very first Twitter Space and get the full scoop on the Proud Boys Trial! The Fake News Media will never give you the real story, but we fearlessly report the truth. The Gateway Pundit is here at the trial in Washington D.C. and we have ALL THE DETAILS and analysis…

JOIN THE GATEWAY PUNDIT TONIGHT on our very first Twitter Space and get the full scoop on the Proud Boys Trial! The Fake News Media will never give you the real story, but we fearlessly report the truth. The Gateway Pundit is here at the trial in Washington D.C. and we have ALL THE DETAILS and analysis you will not hear anywhere else.

(We have decided to give Twitter a chance now that Elon Musk has taken over and exposed the old Twitter team through the Twitter Files. We remain cautiously hopeful.)

Jim Hoft will personally host our first Twitter Space along with co-host Gateway Pundit Reporters Cara Castronuova and Alicia Powe. Both Castronuova and Powe are on location in Washington D.C. and in the court room every day observing this historic trial.

Sign up for the interactive space and join the conversation here:

The Department of Injustice’s Conspiracy Theory that a drinking fraternity took orders from President Trump and plotted to overthrow the Government during an “Insurrection” that never happened will be EXPOSED and DEBUNKED.

“If the Government can come for a goofy drinking fraternity and convince the world they are domestic terrorists, what makes you think you are not next?” asked Tina Ryan of Citizens Against Political Persecution.

The drinking fraternity being used as Scapegoats for J6 by the Biden Regime in their mission to justify the stripping away of American civil liberties.

The five Proud Boys on trial include Chairman Enrique Tarrio, Joseph Biggs, Zachary Rehl, Dominic Pezzola and Ethan Nordean. They have all been charged with multiple crimes including Sedition Conspiracy and are currently being held in pre-trail solitary confinement in tiny cement cells at Alexandria Penitentiary in Virginia.

We have reported that exculpatory evidence shows that the only thing the drinking club “planned” on January 6th was to self-defend if attacked by Antifa goons. The rest of the “master Insurrection plan” was to attend the rally, hoot and holler in megaphones, chant “USA, USA, USA” and “Fu*k Antifa”. Their “master plan” was to then head over to a drinking party directly after the rally around 3pm, where they had a reservation made at an Airbnb house and planned a drinking party stocked with beer. The Proud Boys booked Misfits punk-rocker Michale Graves to perform a private concert at the Airbnb. Graves will appear on the stand as a defense witness and testify about his booking arrangement with the Proud Boys. 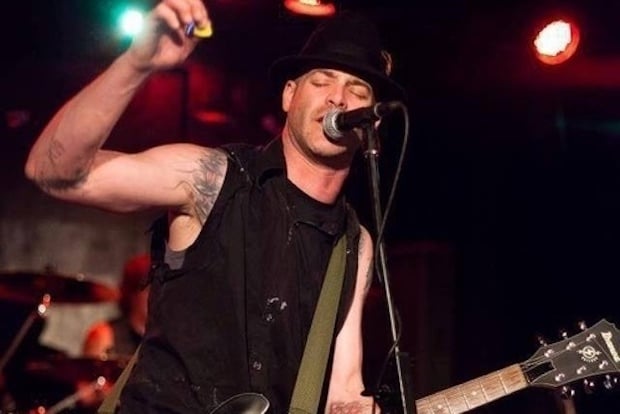 Punk Rocker Michale Graves of The Misfits will testify as a defense witness in the Proud Boys trial.

Speaking of interesting witnesses, sources tell us Ray Epps may be subpoenaed as a witness!

During the Twitter Space we will fill you in in all that has happened so far, including the ridiculous spectacle at jury selection.

“The Antifa supporting jury pool is “unlike any other jury pool in the United States”, said Roger Roots (one of the attorneys representing Dominic Pezolla). 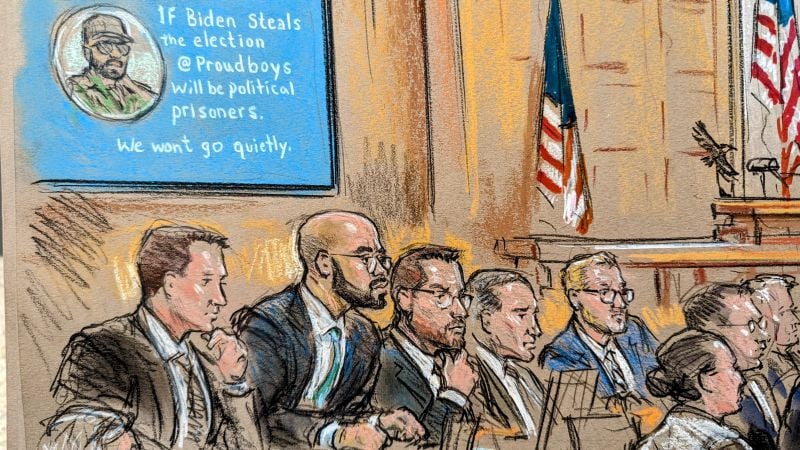 The Proud Boys fight for their lives in a Washington D.C. Federal Courthouse.

Please come listen in and we will will tell you all about the Government’s Opening Statement, which was riddled with malicious and intentional lies, absurdities, manipulated video and conspiracy theories.

“The lead prosecutor Jason Bradley Adam McCollough has no soul,” said a court room witness. “He has seen the exculpatory evidence yet still intends to ruin these poor guys lives to advance his career. There is a special place in hell for this POS.”

Masks are no longer required in the courthouse, yet the 12 D.C. jurors are all masked up- every single one of them.

“That is not the greatest sign for a group considered to be “far-right”, to have the 12 jurors judging you opt to still wear covid masks,” said J6 Advocate John Tabacco.

McCollough and his gang of about eight deep-state co-prosecutors and assistants are beyond sickening in their courtroom tactics to garner favor with the jurors. Most of them stayed unmasked during all deliberations when the jury was not present-  then right before the jury enters the room the prosecutors quickly mask up.

“It seems like a complete fraud,” said Tabacco. “They only time they see a use for a mask is when the jury is present. They are implicitly engaging in this full on charade in a blatant attempt to look like they are in solidarity with the jurors cult-like Covid Mask views. It is a bold-faced subliminal attempt to garner favor from the jury- how can the judge let this happen?”

We will tell you about the Defense Team’s Compelling Opening Statements and break them down for you. The legal team consists of a so-far seemingly talented assortment of attorneys and colorful characters. This includes Norm Pattis (who represented Alex Jones for his Sandy Hook trial), Roger Roots (a colorful character and free speech absolutist that ran for Congress), Carmen Hernandez (an aggressive fighter who happens to be a classical liberal), Steven Metcalf, Nicholas Smith, and Nayib Hassan and Sabino Jauregui (Tarrio’s talented attorneys from Miami). Rounding off the team is a hot-tempered wild card Dan Hall, a controversial character that told our reporter Alicia Powe that he was glad Ashli Babbitt died.

We at The Gateway Pundit have released highly sensitive DOJ Jan 6. Documents leaked to us by a whistleblower about the FBI Confidential Human Source that infiltrated the Proud Boys, ran FBI operations on January 6th and reported the Proud Boys were innocent YET THE DEPARTMENT OF INJUSTICE INDICTED THEM ANYWAY.

THEY ALL LIED AND WE HAVE PROOF! Highly Sensitive DOJ Jan 6. Documents Leaked to The Gateway Pundit – FBI Confidential Human Source INFILTRATED Proud Boys, Ran FBI Operation on J-6, Reported They Were INNOCENT! — See Texts and Documents IN FULL!!

We were also first to release a leaked piece of exculpatory evidence proving the Proud Boys are INNOCENT! See the Zoom video in the article below that the Department of Injustice withheld from the public that exonerates the Proud Boys from bogus charges.

Cara Castronuova is a co-Founder of C.A.P.P. Citizens Against Political Persecution (an organization that fights for the political prisoners of January 6th). CARA JUST RAN FOR NEW YORK STATE ASSEMBLY AND GREATLY APPRECIATES ANYONE THAT CONTRIBUTED in her run to “Knock Out the Left!”

Cara is an Activist, Investigative Journalist, 2-Time Boxing Champion, Celebrity Fitness Trainer and Television Personality. You can watch her on Newsmax at 10PM EST every Saturday night and at 3PM EST on Sundays on “Wiseguys”. You can follow her on & Twitter or Instagram  @CaraCastronuova. She is currently banned on Fakebook & suing them for defamation of character.  You can contact her via the C.A.P.P. website at www.CitizensAPP.us or www.caracastronuova.com if you have any tips or would like to volunteer.

“I Can Do All Things Through Christ Who Strengthens Me.” Phil 4:13. 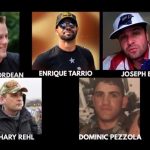 Go to Source
Author: Cara Castronuova
Related Topics:
Up Next

Prediction Consensus: What The Experts See Coming In 2023