LEO HOHMANN: Biden Signs On to “Declaration of North America” (DNA) with Canada and Mexico – Is the Planned North America Union Making a Comeback? 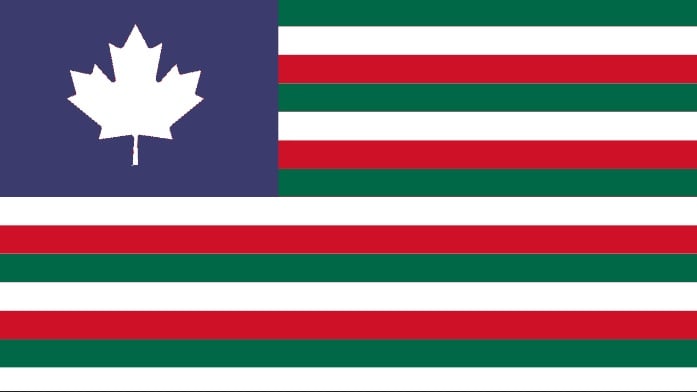 LEO HOHMANN: Biden Signs On to “Declaration of North America” (DNA) with Canada and Mexico – Is the Planned North America Union Making a Comeback?

The post LEO HOHMANN: Biden Signs On to “Declaration of North America” (DNA) with Canada and Mexico – Is the Planned North America Union Making a Comeback? appeared first on The Gateway Pundit.

The three leaders signed onto a document that looks like a prelude to a North American Union, which the globalists talked a lot about during the George W. Bush presidency. It looks like the push toward a merger of the U.S., Canada and Mexico may be back on the front burner if this document is any indication.

The document attracted very little media attention since it was released on January 10, as the mainstream corporate press focused instead on classified documents found in Biden’s office and home. When major news happens there’s almost always a misdirection play meant to divert our eyes.

The stated goal of the document is to fortify the continent’s “security, prosperity, sustainability and inclusiveness.”

The North American leaders, dubbed the “Three Amigos,” committed their countries to six “pillars,” all of which were taken straight from United Nations documents Agenda 21 and Agenda 2030.

They borrow heavily from the U.N. 2030’s 17 Sustainability Goals in the new document dated January 10, 2023, titled “Declaration of North America (DNA)” which appeared jointly on the government websites of the U.S. White House, Canada and Mexico.

The list of goals in this document are separated into six categories:

“They outlined joint commitments for a WOKE new North America to be imposed on its citizens.”

The White House declaration committed to direct the future course of the three nations to “promote racial justice” and “expand protections for LGBTQI+ individuals” in order to deliver “more equitable outcomes to all.”

Note the language there. Not equitable opportunities for all but equitable outcomes for certain special classes of minorities. That is the very definition of communism.

Of course their plan of “inclusiveness” excludes any Bible-believing Christian who objects to any aspect of the LGBTQ agenda, such as those “family friendly drag queen shows” for kids, and school children as young as kindergarten being subjected to blatant pornography in the name of “comprehensive sex education.”

The trio’s declaration also stated under the “health” section that, “As we emerge from the acute phase of the COVID-19 pandemic, we also recognize that resilient health systems, including a strong health workforce, are the foundation upon which effective pandemic preparedness and response will be built.” (emphasis mine)

If you read between the lines, the above statement sounds like a self-declared mandate to implement more lockdowns, masking and vaxxing whenever they decide that’s the best action for what they describe in the document as “providing rapid response to health emergencies in North America.”

They are clearly borrowing from the language in the U.N. World Health Organization’s proposed pandemic treaty, which talks about setting up the WHO as the global arbiter that gets to declare “public health emergencies of international concern” as well as “of regional concern.”

The trio also repeats the U.N.’s false claims about improving the rights women and girls, which in the eyes of the globalists just means more access to abortions.

“This is Orwellian doublespeak,” Westen writes, adding: “They are totally against women. They are against women having safety and privacy in bathrooms and changing rooms from biological males masquerading as women. They are opposed to safeguarding women’s sports from men who couldn’t hack the male-vs.-male competition.”

And it’s the same with their empty promises about health and the environment. They could care less about our health or that of the environment. Bottom line: Everything they are advocating is for the purpose of increasing their own power and control over the lives of we little people, who they view as nothing more than stupid peasants.

There’s also a lot in this document about the need to promote constant migration from the Third World into the Western nations. These are the same nations where women are constantly encouraged to kill their offspring in the womb or take an injection that will make them less likely to conceive a child in the first place.

Here is one of the many statements in the DNA document about migration, which again sounds like it was lifted directly from the U.N. Agenda 2030 goals.

“Since June, Mexico, the United States and Canada have collectively welcomed record numbers of migrants and refugees from the Western Hemisphere under new and expanded labor and humanitarian programs. Today, we affirm our joint commitment to safe, orderly, and humane migration under the Los Angeles Declaration and other relevant multilateral frameworks. This includes assisting host communities and promoting migrant and refugee integration; providing protection to refugees, asylum seekers, and vulnerable migrants; strengthening asylum capacity in the region; expanding and promoting regular pathways for migration and protection; addressing the root causes and impacts of irregular migration and forced displacement; and collaborating to counter xenophobia and discrimination against migrants and refugees.”

This is how global governance creeps in: Heads of state doing regional deals with each other to incorporate elements of the United Nations agenda, none of which was voted on by Congress. Please read over the entire document and let me know your thoughts in the comments below.

LeoHohmann.com is 100 percent reader supported and appreciates any contributions thrown our way. You may make a donation of any size c/o Leo Hohmann, P.O. Box 291, Newnan, GA 30264, or via credit card here. Thanks!

The post LEO HOHMANN: Biden Signs On to “Declaration of North America” (DNA) with Canada and Mexico – Is the Planned North America Union Making a Comeback? appeared first on The Gateway Pundit. 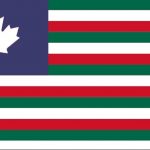