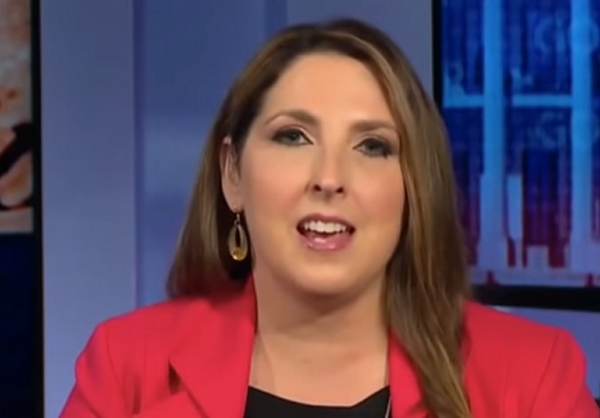 The post Ronna Romney McDaniel Reportedly Does Not Have Enough Votes for RNC Chair appeared first on The Gateway Pundit.

Ronna Romney McDaniel doesn’t have the votes to win the RNC Chair position again according to insiders.

Mitt Romney’s niece, Ronna Romney McDaniel, is attempting to win the RNC Chair position again.  McDaniel took over the RNC after President Trump’s 2016 election win.  She was around for the 2018 losses in the House and the Senate.  She then oversaw the 2020 Election that clearly never should have been certified.  Then, in the 2022 midterms McDaniel oversaw another corrupt election with the GOP barely winning the House.

But McDaniel feels like her accomplishments are enough for another try.

Some supporters of Romney McDaniel do too.  One supporter claims that McDaniel did an excellent job with voter integrity and that’s why she should be nominated again.

TWO SIDES: Ronna McDaniel Has Been Key To The Election Integrity Fight. That’s Why I’m Endorsing Her https://t.co/XjuOS9FflV

But this doesn’t appear to be enough.

Unfortunately for McDaniel and fortunately for the GOP base, that reelection bid doesn’t seem to be going great. The Arkansas GOP, for example, recently threw its support behind McDaniel’s competitor, Harmeet Dhillon, arguing in its press statement that McDaniel and the RNC had not effectively supported GOP candidates in the 2022 midterms.

Responding to the news with a quote tweet, Townhall’s Kurt Schlicter said “The tide is overwhelming against failed @GOPChairwoman Ronna McDaniel. I am privy to the whip count. She does not have the votes. It’s time to make a dignified withdrawal.”

McDaniel’s actions and comments after the recent election disappointment were to criticize the candidates in the race as not being good enough.  When voting systems were not working in over 50% of the voting locations in Maricopa County, signatures were not verified, and thousands of ballots inserted into the election had no chain of custody, Romney McDaniel and her friends at the GOP were nowhere to be found.

Mike Lindell is also running for the position.  He hopes to bring the leadership of the party in sync with the base which supports an America First agenda and calls for actions against those who’ve committed criminal actions in elections and pushed for COVID vaccine mandates, just to name a few.

Americans don’t want a candidate running the GOP with a record of losses.   They want someone strong who will fight against the massive fraud and corruption from the left.  Anything less is settling for more of the same.

The post Ronna Romney McDaniel Reportedly Does Not Have Enough Votes for RNC Chair appeared first on The Gateway Pundit. 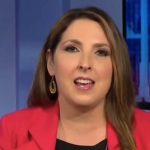