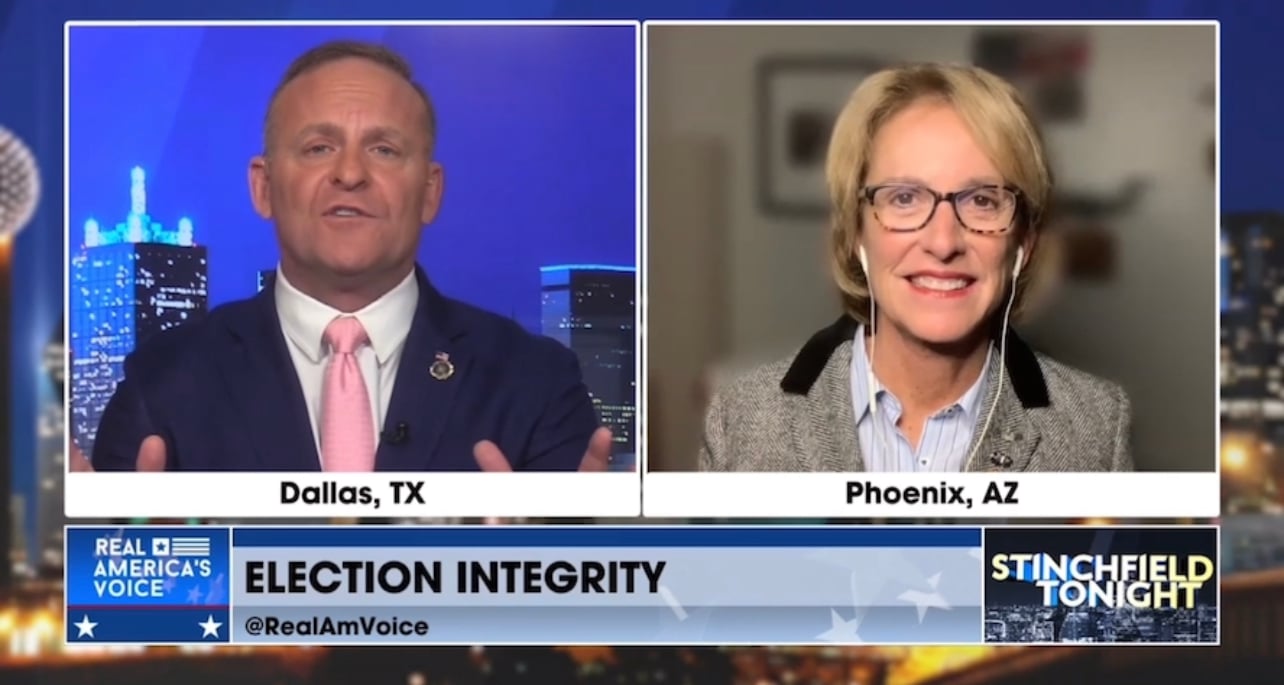 The Gateway Pundit reported that Kari Lake filed an appeal against Maricopa County Superior Court Judge Peter Thompson’s dismissal of her lawsuit, and a conference was scheduled for conference on February 1.

Lake recently told Steve Bannon, “We know they stole the election, and we have more evidence coming forth.”

State Senator Rogers joined Stinchfield Tonight on Wednesday to share her thoughts on the situation in Arizona.

Stinchfield: This plan that they’re pushing in Maricopa County, how dangerous is this for the people, not just of Arizona, but the entire nation?

Rogers: Well, I think they’ve got a two-prong approach. I think it’s an attempt to look good optic-wise because they’re doing something, and I think the substance of it is problematic. And so, We The People Arizona Alliance took a close look at it, and as you saw, it had several problems with it. We put this out on Twitter, and it’s had just, I think, a couple hundred thousand hits. They want to expand early voting. They want to open the chain of custody further by allowing multiple pickups of late-earlies, they want the Recorder to be a nonpartisan office; right now, you have to say if you’re Republican or Democrat when you run for Recorder, and of course, they want to allow Democrats to vote in a Republican primary for President. So these are all loosening of strictures, if you will, with what is already problematic. And I think the lawsuit for Kari Lake is going to show when it reaches the Court of Appeals, a lot of our problems.

Stinchfield: Early voting now expanded, it’s 27 days now. They want to basically expand it to 30 days. I’m okay with a little early voting. I think in Texas, we do it for two weeks, and it’s been going that way for a long time, and we figured out a good way to do it. I’m okay with that. But, it’s not voting season. I mean, it should have been election day, really, in a perfect world, but 30 days to vote? This just opens it up for all kinds of craziness.

Rogers: Well, you’re absolutely right. And, of course, election day, when a lot of us vote, was what was problematic to the extent that there were long lines at so many of the so-called Republican locations. And it’s as though, they knew we were coming, and they knew that they had to follow that up to disenfranchise voters, and of course, Kari Lake’s lawsuit put ten counts forward, eight of which were struck, and only two of which were heard at the Superior Court level. And now she’s going to the Appeals Court. There are three judges there, and if it is turned down there or dismissed, then ultimately, we already realize that it will be decided at the Arizona Supreme Court.

Stinchfield: I’m sure that’s probably where it’s headed. I hope it gets there because something needs to be done. I mean, I believe that Kari Lake had this election stolen from her, just as President Trump did. This idea about changing who can vote in the primaries. I mean, I never liked the idea of open primaries. If you’re a member of the Republican Party, you vote in a Republican primary, Democrat Party vote in the Democrat primary, it’s that simple. They want to do this in a rank choice voting kind of style the way Alaska did. That caused all kinds of problems for Republicans, of course, which is all by design. Can a county do that without the state approving it?

Rogers: To my knowledge, it has to be statewide. But, here’s the thing, you have to ask, why is this groundswell of effort being made? And we believe that it is because MAGA is so strong and so vibrant, especially in Arizona. And so this is the uni-party trying to quell MAGA. 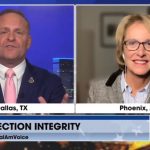 Biden’s Border Crisis: 42 Texas Counties Have Declared Or Called On Texas Governor To Declare Invasion At The Border