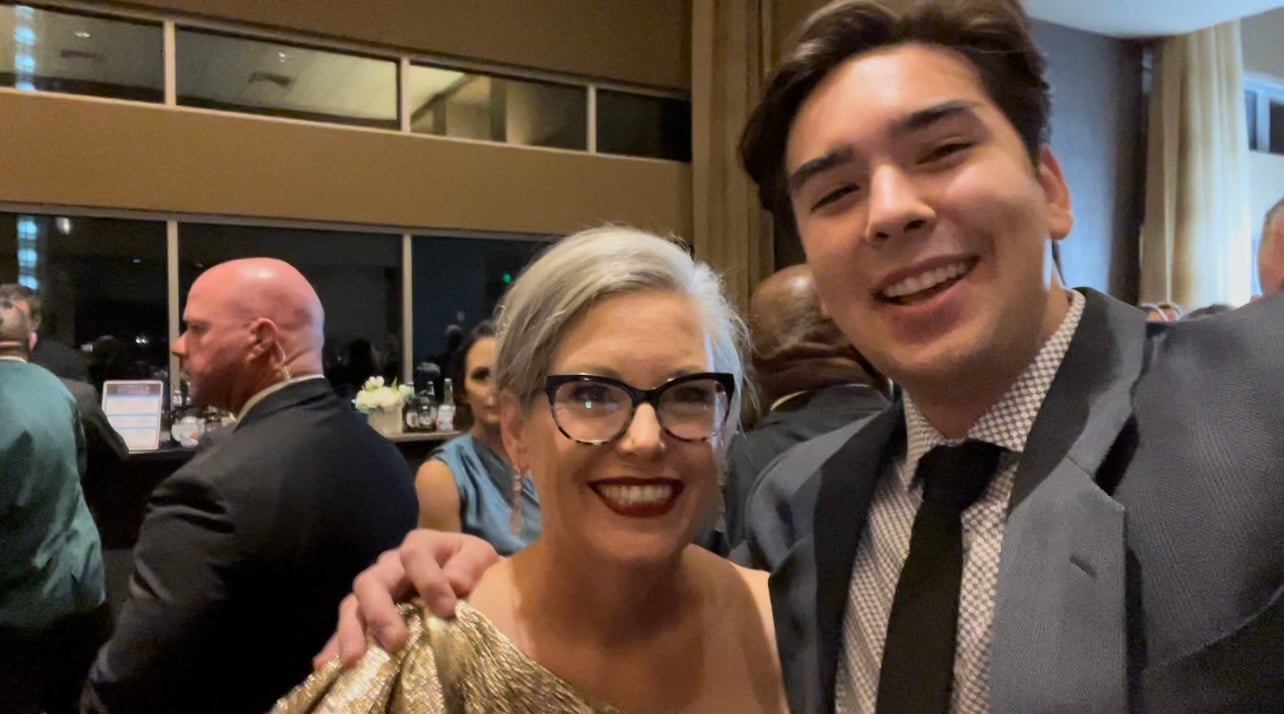 The Gateway Pundit correspondent Jordan Conradson recently attended newly selected Soros-funded Arizona Governor Katie Hobbs’ inaugural ball on Saturday, January 7. The Gateway Pundit wanted to get comment on the shady election in Arizona that she oversaw as Secretary of State. Conradson has attempted to ask Hobbs questions in multiple public settings, and she ran…

The post WATCH: Katie Hobbs Rushed Away From TGP Reporter Asking About Maricopa County Election Day Machine Failures And Whether She Hid Pinal County Recount Discrepancy From A Judge appeared first on The Gateway Pundit.

The Gateway Pundit wanted to get comment on the shady election in Arizona that she oversaw as Secretary of State.

Conradson has attempted to ask Hobbs questions in multiple public settings, and she ran away from questions about Elections when she was Arizona’s Secretary of State. Katie Hobbs has a history of running and hiding from journalists. During her campaign for Governor, Hobbs ran from a Project Veritas reporter in such a panic that she spilled her drink all over the place and hid in a bathroom. Hobbs also snuck out through a freight elevator after her PBS gubernatorial interview, which was defiantly held by PBS in place of debate, while journalists and journalism students were locked in a room. This was a departure from the historic norm and likely a special request by Hobbs. She refused to debate Kari Lake and answer the people of Arizona about her plan for Arizona. Katie Hobbs is not transparent.

It appears that she has something to hide.

Conradson needed to purchase tickets for $161 to this exclusive event with top Democrat donors and operatives just to speak to Hobbs.

Many questions still remain about her special interests, her extreme agenda, and the election, which is still under litigation by multiple candidates.

Lake’s Arizona Appeals Court conference in her lawsuit against the stolen election is ordered to be scheduled for February 1. Lake told Steve Bannon, “We know they stole the election, and we have more evidence coming forth.”

Hobbs oversaw the disaster of a Midterm across the state where both the Primary Election and the General Election had serious failures and voter irregularities, resulting in disenfranchisement, seemingly targeting Republican Election Day voters.

Maricopa County’s Election Day printer and machine failures, the alleged failure to verify signatures on ballot envelopes, and chain of custody failures need to be explained.

The Gateway Pundit reported that Defendants Katie Hobbs and Maricopa County both filed ‘Answering Briefs’ on Tuesday, with weak arguments dismissing the allegations based on their own claims that the legal procedures were followed.

In Pinal County, a recent recount found 507 new votes, heavily favoring Abe Hamadeh and likely other Republican candidates, whose races were not recounted.

Katie Hobbs knew about this discrepancy in Pinal County early on but allegedly withheld the information from Hamadeh and a Judge in his lawsuit to inspect the ballots and overturn the election. The Gateway Pundit reported that Hobbs’ lawyers asked to delay the recount results from being presented before Abe’s election challenge was dismissed.

When asked these questions at the event, Katie Hobbs looked petrified and she rushed away. Her security guards then began following Conradson around the event and later asked resort security to remove him.

Similarly, Kris Mayes ran from Conradson at the January 5 inauguration ceremony after he asked when their attorneys learned about the recount discrepancy.

Hobbs also dodged reporters after the January 5 inauguration ceremony. As we reported, she was nowhere to be found. Reporters from all networks were prevented from entering the area after Arizona’s executive branch was inaugurated! 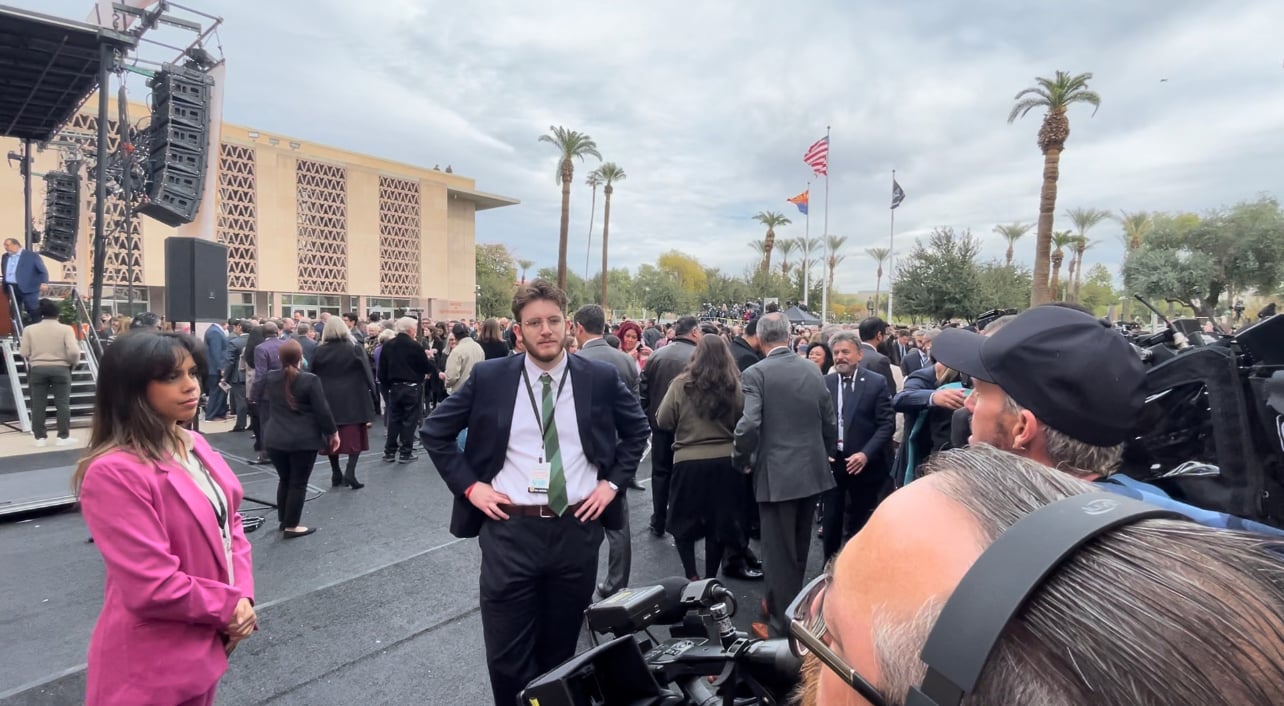 After contacting Hobbs’ press contact for an interview, and receiving no response, there was no other way to speak to Katie Hobbs!

Hours after Conradson questioned Hobbs on her knowledge of the Pinal County recount and the machine failures on Election Day in Maricopa County on January 7, he asked security for permission to speak with her. The “Governor’s Security,” wearing a DPS badge, then requested his removal. 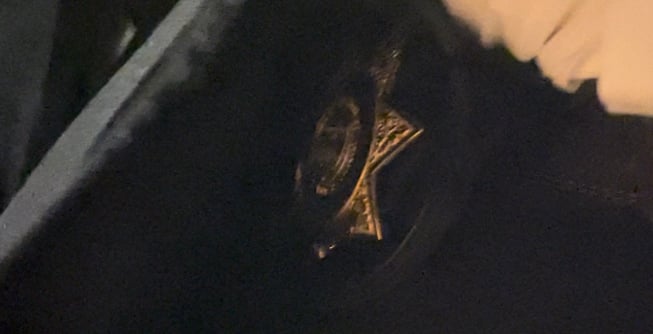 Conradson: How long did you know about the recount discrepancy in Pinal County?

Conradson: You know, the recount in Pina County?

Conradson: What about the machine failures on Election Day?

The post WATCH: Katie Hobbs Rushed Away From TGP Reporter Asking About Maricopa County Election Day Machine Failures And Whether She Hid Pinal County Recount Discrepancy From A Judge appeared first on The Gateway Pundit. 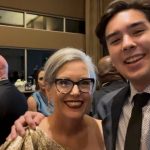 He Did Nothing Wrong